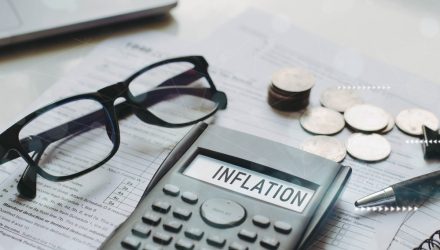 The first half of 2022 will go down as one of the more challenging market environments many investors have ever experienced.  The S&P 500 fell 20%, its worst performance at the midway point of a year since 1970, 52 years ago.  Broad U.S. bonds delivered their worst start to a year in history, down 11%.  Investors would be forgiven if they thought bonds might offer some salvation during a stock bear market.  Coming into the year, bonds had posted positive returns in 42 out of the past 46 years, with an average intra-year drop of only 3.1%.  However, stocks and bonds fell sharply in tandem during the first six months of 2022, joining nearly every other major asset class deeply in the red.

The peculiarity of this year’s stock and bond market dynamics warrants some additional discussion.  In 2008, while in the midst of a severe global financial crisis and with the S&P 500 down 37%, broad bonds finished the year up 5%.  During the fourth quarter of 2018, while the S&P 500 plummeted nearly 20% heading into Christmas (no “Santa Claus” rally that year), broad bonds were up 1% over the same time period.  During the March 2020 “Covid Crash”, the S&P 500 dropped 34% in only 23 trading days.  Despite significant stress in the financial system, broad bonds were still only down 1% over the same time period.  The bottom line is that high quality bonds have typically served as a ballast during steep market sell-offs – they have been a place to hide, a place of refuge.  Not in 2022.

So, What’s Going On?

Sometimes, investors are left grasping at straws on why financial markets behave in a particular manner.  That is certainly not the case this year.  Most of what investors are now experiencing can be traced back to the Federal Reserve’s actions over the past several years.  Last quarter, we explained how the Fed’s difficult task of shepherding the economy and financial markets through the pandemic led to the current situation:

“The Fed made the decision to support the economy and financial markets at all costs and deal with any negative ramifications later.  Their actions have clearly contributed to rising inflation and they now find themselves in the difficult spot of attempting to rein in surging prices without throwing the economy into recession.  In summary, if the Fed fails to bring inflation under control, the economy could buckle.  However, if they’re too aggressive in stamping out inflation… well, the economy could still buckle.”

With inflation running at 40-year highs, the Fed had no choice but to spring into action during the first six months of this year.  They raised interest rates a total of 1.5% and expectations are that they will hike rates an additional 1.5% – 2% by the end of the year.  As a refresher, higher interest rates impact everything from mortgages to auto loans to credit cards.  Increased rates also make financing more expensive for businesses, who borrow money to pay for daily operations and invest in longer-term projects.  All of this can have the effect of slowing the economy since consumers and businesses spend less when faced with higher rates.  A reduction in consumer and business spending theoretically helps reduce inflation, since there is less demand for goods and services.  Less demand puts downward pressure on prices, the Fed’s ultimate goal.

Speaking of the Fed’s goals, they have what’s called a “dual mandate” in order to achieve economic stability.  They aim to 1) promote maximum employment (in other words, they want to lower the unemployment rate) and 2) promote stable prices and moderate long-term interest rates (they want to keep inflation under control).

But why is the Fed so concerned about inflation, or promoting stable prices?  As we noted previously, inflation has its own insidious effects:

“While some inflation should be expected in a healthy economy – which is why the Federal Reserve targets 2% annual inflation – too much inflation can be a negative.  If consumers start balking at higher price tags on goods and services, they’ll stop buying.  Corporate earnings will be negatively impacted.  A reduction in corporate earnings could lead to layoffs, less business spending, and reduced investment – all negatives for the economy.”

Not only that, but people simply hate inflation – and for good reason.  Every time they go to the grocery store, fill up the gas tank, or do pretty much anything, they might have to start making trade-offs or avoiding purchases altogether.  When confronted with spiking prices for goods and services, consumer spending patterns change – and people simply don’t like having this change forced upon them in this manner.  A recent Monmouth poll found that inflation was the top concern for Americans, followed by gas prices, the economy, and everyday bills – all of which are interrelated.  Together, these four categories were the top concern for 68% of respondents.  For context, consider that Covid was the clear number one concern in March 2020 at “only” 57%.  That offers some idea as to how much people despise inflation.

Also, as we noted last quarter, inflation presents a complicating factor during a mid-term election year:

“Which is the lesser of two evils for politicians in power?  Is it rampant inflation or potentially volatile and declining financial markets?  While the Fed is apolitical, Washington has a way of exerting pressure when needed.”

The main takeaway from all of this is simply that the Fed is firmly committed to tackling inflation – potentially at the risk of driving the economy into recession, if it’s not already in one.  Fed Chairman Jerome Powell recently said:

“We’re strongly committed to using our tools to get inflation to come down. The way to do that is to slow down growth, ideally keeping it positive.  Is there a risk that would go too far?  Certainly, there’s a risk.  I wouldn’t agree that it’s the biggest risk to the economy.  The bigger mistake to make would be to fail to restore price stability.”

The bottom line is the Fed is absolutely serious about reining in inflation.

So, What Does This All Mean?

The negative effects of inflation, along with a potential recession looming on the horizon, have caused concerns around corporate earnings – the single most important long-term driver of stock returns.  Longer duration growth stocks, whose anticipated earnings are much further out into the future, have been particularly vulnerable.  The result is the worst first-half performance from the S&P 500 in 52 years.

As for bonds, rising rates lead to declining prices.  Why do interest rates and bond prices move in opposite directions?  A simple example is to consider owning a bond with a $1,000 face value that pays 2% annually.  If interest rates go to 3%, then why would an investor buy a bond paying only 2%?  The answer is, they wouldn’t – unless that bond cost less than $1,000.  Therefore, the price of the 2% bond falls to a value that offers the equivalent of a 3% yield.

Inflation.  Rising interest rates.  A potential recession.  Add this all together and you end up with what we witnessed in the first half of 2022.

So, Will Anything Change in the Second Half of the Year?

Stocks are forward-looking and, therefore, recession concerns are likely already priced in to the markets.  The question is whether the economy ultimately lands in a better or worse spot than currently expected.  Valuations are trending back towards more reasonable levels, though the earnings picture moving forward is obviously murky and earnings growth is slowing.  There are also some early indications that inflation may be peaking, with areas like energy and commodity prices starting to roll over – with the caveat that there are supply-side factors at play as well.  While the Fed can attempt to control the demand side of the equation by raising rates, they can’t do much to fix supply chain issues and bottlenecks.  The ongoing Russia-Ukraine war has impacted food and energy supplies.  China’s ongoing Covid lockdowns have crimped their output of goods.  Some raw materials and critical components are still in short supply.  These are inflationary and there’s simply nothing that the Fed can do about that.

Where does this leave investors?  While the traditional benefits of asset class diversification were missing in the first half of 2022, now is certainly not the time to abandon a well-rounded portfolio.  While rising interest rates have caused some short-term pain for bond holders, the good news is that higher yields equate to greater portfolio income moving forward.  The pendulum is now beginning to swing back in the favor of savers, who have been penalized over the past decade-plus with paltry yields.  As for stocks, it’s important to remember that longer-term success in the markets ultimately comes down to how investors manage challenging years such as this.  Recall that following the market declines of 2008, 2018, and 2020, stocks rebounded quickly from these periods when investor sentiment was dour.  The Wall Street Journal’s Jason Zweig perhaps said it best:

“Part of what makes bear markets so unbearable is that nobody – and I mean nobody – knows when or how they will end.”

In other words, the future is unknowable and uncertain – we cannot control it.  However, we can control factors such as having the right financial plan and investment approach in place, exhibiting good investor behavior by maintaining a properly diversified portfolio, minimizing fees and taxes, and staying laser-focused on our longer-term goals.  It’s not always the easiest path, but it will likely prove the most rewarding.