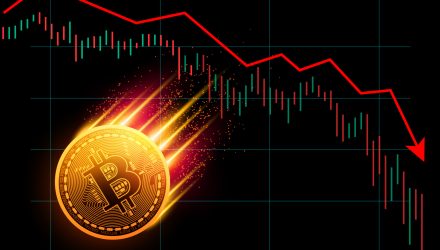 A noted bitcoin bull reduced his year-end forecast, but still sees significant gains ahead for the largest digital currency.

“Tom Lee, the only major Wall Street strategist to issue bitcoin price targets, told CNBC on Thursday he sees the world’s largest cryptocurrency by the end of the year at more than $20,000 per unit — 20 percent less than his previous estimate,” reports CNBC.

Some cryptocurrency market observers believe that if bitcoin can make it back to $10,000, rallies fromt there could be significant. Recently, the Bitcoin Dominance Index has been rising, confirming the dominant perch of the cryptocurrency. Bitcoin resides just over $6,600 with a market capitalization of $113.75 billion as of midday Thursday.

“Bitcoin has historically traded at 2.5 times its mining costs. It’s not out of the question that it could be over $20,000 by the end of the year at fair value,” the Fundstrat Global Advisors co-founder said in an interview with CNBC.

A key issue with bitcoin economics is the break-even price for miners. If that price is high, some miners could be pinched, but new technologies can potentially lower the break-even price, a factor that could boost bitcoin prices in the open market.