You are at:Home»Investing»Normal or Abnormal? Diagnosing the Market: How Not to React 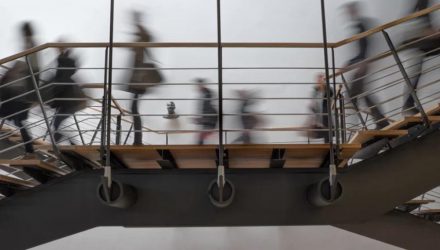 Normal or Abnormal? Diagnosing the Market: How Not to React

By Mark Germain via Iris.xyz

As the market enters its first correction since the election in November 2016, many investors are calling our office with fears that it is 2008 all over again, and that their wealth will evaporate with a major market plunge.

My response to these fears: keep calm and take the long view. It is normal for the market to go down as well as up, and the average investor has not seen their account lose value in nearly 2 years. This consistent upward trend is actually outside of the norm. The recent correction, while distinct in its fundamentals from the last major market slip, is perfectly within the realm of expectations.

For those who do not spend their time closely watching ticker movements, let’s cover a bit of background on how the market has moved leading up to this correction. The market began a sharp upward trajectory following the presidential election in November, continued to move up very quickly through 2017, and rose even faster in January 2018, performing better than any January in recent history. During this time, the market rose almost without any volatility, meaning it had very little of that up or downward wiggle that we associate with equity charts. For more than a year, it virtually only moved up.

As a result of this upward, low volatility movement, investors shifted into what we refer to as a “risk on” mindset. This means more investors were willing to put their money in the market, generally viewed as a high-risk investment space, perceiving a lower-than-usual risk and high potential for returns.  As we tend to see in a “risk-on” investment climate, we had a market that was overvalued, with an under-appreciation for the total risk.