You are at:Home»Investing»New ETF Tools to Define Risk in an Ongoing Bull Market 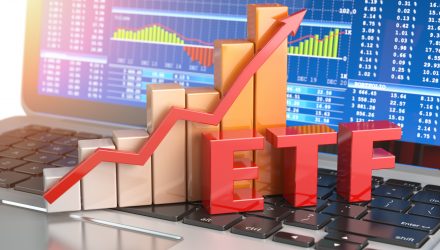 To most, investing in the stock market has meant seeking an unknown level of growth, with an uncertain level of risk, over an unknown period of time.

“That’s just the way the stock market works,” has been the consensus for decades.

Sure, you can allocate portfolio assets among stocks and bonds to match a risk tolerance based on long-term risk and returns, but to realize those long-term return parameters every year would be considered nearly impossible with traditional methods. For decades, the only way to come close is through structured notes, or certain insurance products, which had their own drawbacks (e.g., limited liquidity, higher fees, lock-up periods, early exit fees).

BJUL, PJUL and UJUL use a strategy that mimics features of structured notes and insurance products to define downside protection levels available in three formats–9% for BJUL, 15% for PJUL and 30% (from -5 to -35%) for UJUL. All three ETFs expose investors to any upside growth potential of the S&P 500 up to a certain cap and within a defined outcome period of approximately one year. At the close of the outcome period, each ETF rolls into a new set of positions, which initiates a new outcome period. The firm anticipates issuing quarterly series of each ETF—January, April, July (referenced in this article), and October (12 ETFs total).

How the Defined Outcome ETFs Came to Life

The strategy to develop the defined outcome came by happenstance. Southard purchased a fixed annuity that offered interest credits on a predetermined rate if the S&P 500 value at the end of the contract year was greater than or equal to the S&P 500 at the beginning of the year. The financial muse hit Southard, who postulated to Bond, “Hey, it’s amazing we can’t get something like this available in an ETF.” A few months later, Bond was having breakfast with a former PowerShares colleague, Matt Kaufman–currently a principal at Milliman Financial Risk Management LLC. It turned out Kaufman had been contemplating similar notions of offering structured outcomes on the market, similar to that of the structured note or structured annuity. “With Bond and Southard’s expertise in ETF innovation and distribution, and Milliman’s quantitative and financial risk management horsepower, we felt like we were on to something,” said Kaufman.

At that point, the idea was hatched that would form the basis for Innovator’s Defined Outcome ETF suite, which was unlike anything offered in the capital markets.

The suite of Innovator ETFs provide investors with point-to-point exposure to the S&P 500 through a portfolio of customized exchange-traded Cboe S&P 500 FLEX® Options (FLEX Options) with varying strike prices and the same expiration date. Offering the strategy as an ETF provides investors with the transparency, liquidity and lower costs they would not realize if they tried to obtain similar outcomes offered by structured notes or structured annuities.