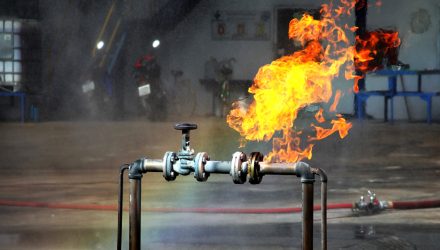 Freeport LNG stated that its facility, which caught fire last week, likely won’t come back online any time soon, reversing hopes that the Texas terminal will return to exporting LNG to overseas markets like Europe where prices remain at elevated levels, following sanctions on Russian energy exports due to its war in Ukraine.

″[C]ompletion of all necessary repairs and a return to full plant operations is not expected until late 2022,” the company said Tuesday in a statement, according to CNBC.

“Given the relatively contained area of the facility physically impacted by the incident, a resumption of partial operations is targeted to be achieved in approximately 90 days,” Freeport LNG added.

Since this supply route to overseas markets is now terminated for the time being, the extra natural gas will remain in the U.S., which would put pressure on the U.S. natgas markets.

“The U.S. natural gas market will now be temporarily oversupplied as 2 bcf/d or a little over 2% of demand for U.S. natural gas has been abruptly eliminated,” Rob Thummel, managing director at Tortoise Capital, told CNBC.

Freeport’s facility experienced an explosion last week, and the company initially stated that the plant would be fixed within several weeks.