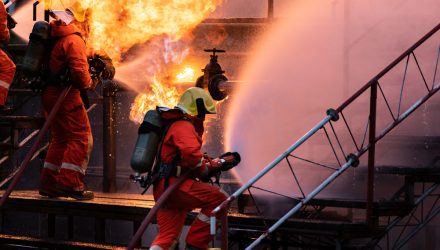 Natural gas prices plunged Wednesday after a fire at the Freeport LNG export terminal in Texas, which is expected to be offline for at least three weeks, reducing the supply going out of the U.S.

“I am assuming the facility is out for 90 days as a worst-case scenario, based on the location of the explosion/fire and the time it took to get under control,” Analytix.AI’s Het Shah said, according to Natural Gas Intelligence. “The issues look far from the three liquefaction trains, and more related to an inlet pipe to one of the storage tanks.”

Kpler’s Laura Page, a senior LNG analyst at the data and analytics company, warned that the outage will likely hurt the global gas market since the plant supplies about four or five cargoes each week. From January 2021 through May, Freeport’s terminal helped provide 19.1 million tons of LNG overseas, or about 18% of all U.S. exports, according to Kpler data. This will deal a significant blow to European markets that are trying to cut off Russian energy imports in response to its aggression in Ukraine.

“We expect the market to tighten over the coming weeks and months, as cooling demand in northeast Asia picks up, and the likes of South America and the Middle East witness a seasonal ramp up in imports,” Page told Natural Gas Intelligence.

According to the Energy Information Administration, Europe imported 74% of all U.S. LNG cargo exports for the first four months of 2022.