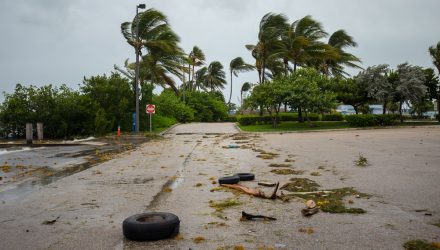 In its September Short-Term Energy Outlook, the EIA forecasted fourth-quarter Henry Hub spot prices to average $4.00 per MMBtu, a 16% increase from its previous August expectations. The agency also upwardly revised its 2022 forecast of the average U.S. natural gas price to $3.47 per MMBtu, a 13% rise over its prior forecast.

“Hurricane Ida affected natural gas production at a time that the United States was already experiencing higher natural gas prices due to growth in exports, strong domestic natural gas consumption, and relatively flat natural gas production,” EIA Acting Administrator Steve Nalley said in a note. “Lost production from the storm combined with these current market conditions has limited our ability to build up natural gas inventories, and we expect that will keep prices higher in the short term than we had previously thought.”

U.S. natural gas inventories ended August 2021 at about 2.9 trillion cubic feet, or 7% lower than its five-year average for this period of the year. Storage injections over the summer have been short of the previous five-year average due to hot weather and high exports amid relatively flat natural gas production.

“We forecast that inventories will end the 2021 injection season (end of October) at almost 3.6 Tcf, which would be 5% below the five-year average,” according to the EIA.