You are at:Home»Nasdaq Investment Intelligence Channel»CIOs and Security Executives Are Banding Together Against Cyberattacks 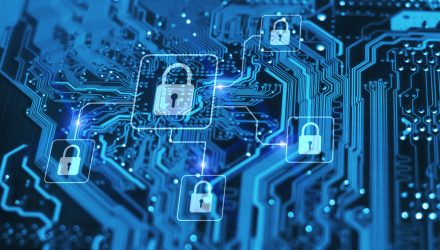 CIOs and Security Executives Are Banding Together Against Cyberattacks

Cybersecurity continues to be an ongoing and immediate concern for companies around the globe as the number of cyberattacks rises. Add to that changing government regulations and shifting industry standards, and chief information officers are having to partner with other security-related executives to stay on top of the growing threats, reported the Wall Street Journal.

At the Wall Street Journal CIO Network Summit, Heather Adkins, senior director of information security at Google, spoke about the need for CIOs to work with executives such as chief risk and chief information security officers to build reliable frameworks to counter cyber threats. By conferring with security staff, CIOs are able to make informed decisions regarding technology, Adkins explained.

“It’s not a science—if it were then we would know exactly how every company should do it. You have culture in there as well, what the business objectives are, and what these leaders are trying to drive in terms of their business, so I think all of these things have to work in lockstep,” Adkins said.

Cyberattacks are something that Google is intimately familiar with, having been one of the targets of Operation Aurora in 2009, during which Chinese hackers broke into companies to steal user information and intellectual property.

The cyberattack caused a shift within Google and the creation of BeyondCorp, which utilized an early kind of zero-trust architecture to build protections within the system. Zero-trust architecture operates on the assumption that hackers have already gotten into the system and works to isolate and prevent them from accessing other parts of a network.

While the general cyberattack threats remain the same, they have increased in number and speed, creating a need for CIOs to work closely with security staff to stay on the forward edge of technology and regulations. Recent attacks on oil pipelines, food suppliers, and other infrastructure systems have seen a bevy of requirements coming down from D.C. regarding the speed with which attacks are reported, and new zero-trust cybersecurity requirements for any companies that work with the government and federal agencies.

UCYB Invests in the Cybersecurity Industry

Ransomware attacks are on the rise, and cybersecurity has become a mounting concern as increasingly more companies look to protect themselves and their assets.

The ETF in fact holds CIBR, then uses swaps contracts on that ETF to obtain leveraged exposure.

UCYB’s underlying benchmark tracks companies that build, implement, and manage security protocols for public and private networks. To be included, companies must have a minimum market cap of $250 million. Within the index, no singular security can carry more than 6% weight; lower volume securities have even tighter weighting restrictions.