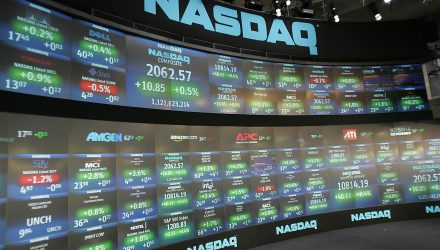 “The New York-based exchange aims to introduce the products as early as the second quarter, according to the person, who asked not to be named discussing a private matter. The contracts will trade on Nasdaq’s NFX market, the person said,” reports Bloomberg.

Nasdaq did not comment on the news. Several weeks ago, bitcoin surged after CME Group Inc., the world’s largest exchange owner, announced its plans to introduce bitcoin futures by the end of the year. The new contract will be cash-settled, based on the CME CF Bitcoin Reference Rate (BRR) which serves as a once-a-day reference rate of the U.S. dollar price of bitcoin. Bitcoin futures will be listed on and subject to the rules of CME.

Cboe Global markets, an exchange operator competing with CME Group to introduce bitcoin futures, recently announced its intent to offer contracts based on Gemini bitcoin market data by the end of this year or early next year, but the exchange is still waiting on approval from the U.S. Commodity Futures Trading Commission, reports Brian Louis for Bloomberg.