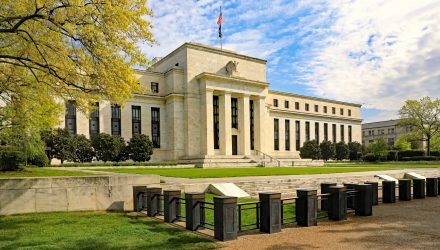 Will Fed Funds Hit 4% During This Hiking Cycle?

Market and investor hopes of inflation easing were dashed this week with the release of August’s consumer price index report that revealed broad inflation growing 0.1% month-over-month and core inflation climbing 0.6% over the same period. Fed fund rates, currently between 2.25-2.50%, could conceivably hit 4% early next year, and Kevin Flanagan, head of fixed income strategy at WisdomTree, dove into the details and likelihood on his latest Basis Points podcast this week.

Flanagan explained that while investors seem to have absorbed and understood half of the monetary equation — quantitative tightening — fairly easily, it’s been the big question mark around rate hikes that continues to create uncertainty, reflected in the fluctuations within bonds and broader markets. The release of August’s CPI that revealed inflation on the rise when the hopes were that it had peaked has now prompted new levels of concern in markets.

“Investors are being presented with yet another new twist and that is could Powell and company raise the terminal rate for Fed funds to the 4% threshold,” Flanagan queried.

The hawkish stance on Fed funds peaked in June before reversing course and shifting to one of the anticipated rate cuts in the second half of 2023 on increasing signals that the economy was slowing and weakening towards the end of summer. It’s a perception that has been countered this week by the reality that the economy isn’t showing major indicators of weakening.

“There’s two sets of data the Fed, and by extension, the markets, have been and will continue to closely follow: first one — without a doubt inflation; second one — the labor market,” explained Flanagan.

July’s inflation reading seemed to indicate that inflation could potentially have peaked, but the August reading proved that wasn’t the case and investors and markets are now left contending with more inflation uncertainty. Meanwhile, the labor market remains resilient with the August jobs report reflecting a slowing, but still stable growth as non-farm payrolls increased more than anticipated and job gains were made across sectors.

“Unemployment did rise 0.2 percentage points to 3.7% but the uptick was a direct result of a surge of 786,000 in the civilian labor force. That’s typically a sign of strength, not weakness, and the alternate civilian employment measure increased by a hefty 442,000,” Flanagan said.

Initial weekly jobless claims can be a useful tool for anticipating how the forward-looking labor market could trend. These claims were on the rise from March through July of 2022 but have been falling ever since and are currently on par with levels from the start of 2022. Even more telling is when comparing the current weekly jobless claims to the same period of last year, current levels are “considerably below” last year’s.

“There’s no doubt the policy maker’s number one goal is to bring down inflation but in order to get there, and Powell’s been reiterating this even as recently as Jackson Hole, some softening in labor market conditions are going to be required,” explained Flanagan.

The ongoing debates centered around each rate hike meeting and attempting to anticipate what the percentage of the increase will be is something that advisors shouldn’t get caught up in, cautioned Flanagan.

“Focus on the point the voting members are going to take the Fed fund’s target visibly higher than where it currently stands, and if you believe some recent comments from Fed officials, 4% could be in play during early next year with no rate cuts on the table,” Flanagan said.

WisdomTree offers the immensely popular WisdomTree Floating Rate Treasury Fund (USFR), an ETF that can make hedging portfolios for interest rate increases much easier for advisors and investors. The fund capitalizes on the use of floating-rate notes by the U.S. Treasury and can be an excellent option for investors looking to limit their amount of credit risk but still capture higher yield potentials in rising-rate environments. USFR has an expense ratio of 0.15%.