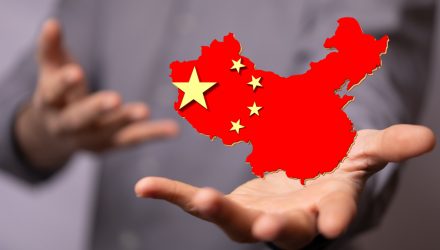 The recent relaxing of strict COVID-19 requirements in China, alongside the indicators that the regulatory cycle in China could be easing and the stimulus that China is currently pumping into its economy, could provide opportunities for investors at a time when U.S. policies continue to tighten. Although some advisors and investors might remain leery of investment in China, WisdomTree offers a fund that can help mitigate some of the influence of the Chinese government within equities.

“If you are considering a benchmark Chinese equity allocation, the impact of politics and regulations on companies is unavoidable, in many ways similar to other emerging markets. But China will get more attention than most, just for the size of its economy,” wrote Liqian Ren, director of modern alpha at WisdomTree, in a recent blog. 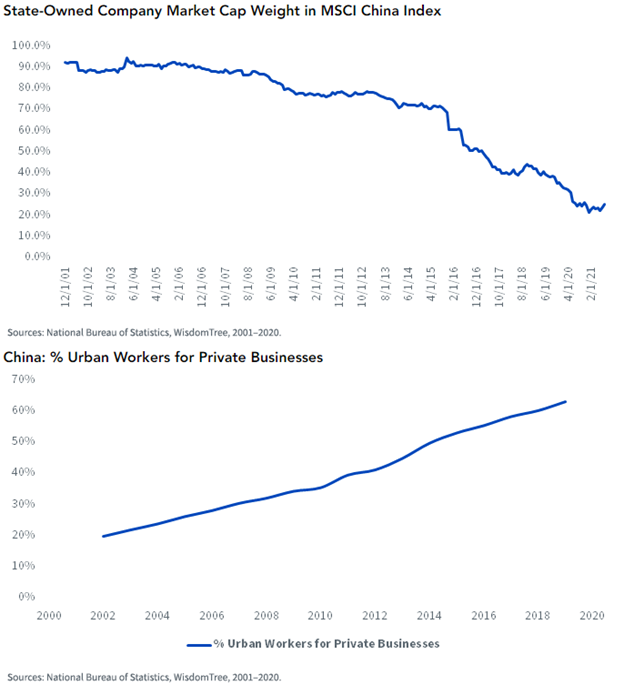 Ren illustrated that much of China’s equity market cap is now in companies that are not owned by the state, and most of the Chinese population currently works in areas that aren’t state-owned as well. This could mean that much of China’s economic strength will be derived from business outside of its politics.

“This presence of deep market economy and state power is a unique phenomenon. China will be a formidable challenge for the U.S.,” Ren wrote. “If U.S. understanding of China is just horror stories about state power, it may make people here feel good, but it won’t help the U.S. compete.”

That economic strength is estimated to put China’s growth at anywhere between 3%–7% over the next decade, with the Chinese central bank estimating it to be somewhere between 5%–6%; WisdomTree currently believes that 4.5%–5.5% is a fairly accurate estimate.

With COVID-19 requirements easing in China, a surge in travel and consumer spending is being seen already, and the economic recovery could potentially move rapidly.

“China’s production bounce-back could also be swifter because its labor standards are more reflective of an emerging market country, which gives employers significant clout in ramping up productions,” explained Ren.

Investing in China With CXSE

The WisdomTree China ex-State-Owned Enterprise Fund (CXSE) seeks to track Chinese companies that aren’t state-owned (defined as those having 20% or less government ownership). It allows investors to access exposure to Chinese equities that could be rebounding while neutralizing those companies that might be swayed by China’s government.

“China’s economy, though slower and extremely uncertain this year, can still grow at rates of 3.5%-5.5%. Private Chinese companies are still driven by the strong entrepreneurial will to succeed, and we believe that’s still the most vital part of Chinese equity,” wrote Ren.

The fund seeks to track the WisdomTree China ex-State-Owned Enterprises Index, an index that utilizes a modified float-adjusted market cap-weighted approach to track the 100 largest companies in mainland China with 20% or less state ownership. The index also utilizes an ESG screen. Individual securities are capped at 10% weight, and sector representation is a max of 30% weight in the index.

CXSE primarily trades in Hong Kong shares to reduce delisting risk for investors and has an expense ratio of 0.32%.