You are at:Home»Modern Alpha Channel»Putting the China Equity Conversation Into Proper Context 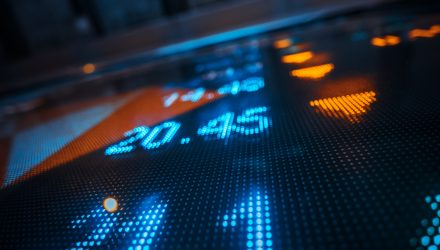 In 2021, investors got a firm reminder of the risks associated with accessing Chinese stocks. Amid a new regulatory regime aimed at common prosperity and closing wealth gaps, the Chinese Communist Party (CCP) took aim at high-flying consumer internet and communication services companies.

The results were predictable. The MSCI China Index is off 23.58% year-to-date, as of December 28. Additionally, chastened investors are pondering when it will be time to dip their toes back into China’s investment waters, or if it will ever be appropriate to do so.

Rash responses by investors are understandable. After all, it’s their money on the line. However, as Liqian Ren, WisdomTree director of modern alpha, notes, some narratives emerged from this year’s China tumult that are affecting investors. The thing about narratives, though, is that they aren’t always accurate.

Take the example of common prosperity. Those efforts are being met with related spending by the likes of Alibaba (NYSE:BABA) and Tencent. Locals might be suspicious, and investors see it as Beijing taking money directly from investors, but there’s more to the story.

“There is local skepticism that pledged donations are investments in disguise. Tencent stated its donations are for rural improvement, low-income groups, health infrastructure and education. Not many noticed that amid an edu-tech crack down, Tencent has positioned itself as the responsible provider of education services,” says Ren.

Then there is the debate around the variable interest entity (VIE). VIE is what many Chinese companies, including some residing in exchange traded funds such as the WisdomTree China ex-State-Owned Enterprises Fund (CXSE), use to avoid becoming state-controlled enterprises. Some investors are concerned that the structure is on borrowed time, but they should dig deeper.

“Even VIE is de facto illegal if interpreted according to the words of Chinese law, Chinese government has never stated so. Recently, it actually moved to allow VIE companies to list in Chinese stock exchanges, folding them into the regulatory framework by treating them as equal to other Chinese firms,” adds Ren.

There are several other narratives to be dispelled, including Taiwan conflicts and crackdowns on specific companies. However, China’s growth story remains intact, and this year’s bloodletting could bring rare opportunity to embrace CXSE at depressed pricing.

“In summary, the place to pay attention is still Chinese growth, the sectors and companies that can generate profit and grow, in a macro environment that still focuses on growth, but that is not friendly to growth driven by financial leverage,” concludes Ren.