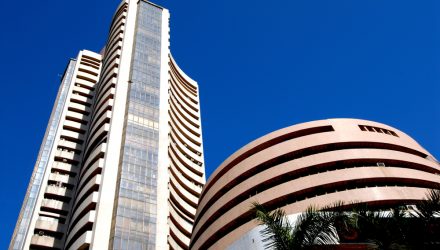 India is the third-largest Asian economy behind only China and Japan. It’s expected to at least get to the second spot in the future, and it’s climbing other lists as well.

Investors can play the rise of the Indian economy with an array of U.S.-listed exchange traded funds, including the WisdomTree India Earnings ETF (NYSE: EPI). EPI turns 14 years old next February, making it one of the seasoned veterans of the India ETF category.

The fund tracks the WisdomTree India Earnings Index and is a relevant consideration today because Indian stocks are asserting themselves on the global stage. Helped by a spate of initial public offerings (IPOs) that are creating new listings, India could eventually become one of the largest equity markets in the world.

“Investors have been pouring money into India’s stock market, and it could grow to more than $5 trillion to become the fifth largest in the world within three years, according to Goldman Sachs,” reports Saheli Roy-Choudhury for CNBC. “Indian start-ups have raised $10 billion through IPOs so far this year — more money than was raised in the last three years, the investment bank said in a report dated Sept. 19.”

Some of those startups and newly public companies could eventually find their way into EPI. However, there’s some barrier to entry into EPI, and that’s a positive for investors. EPI’s underlying index weights components by earnings, meaning that companies have to be profitable to be even be considered for admittance.

That methodology is serving investors well. While rival China ETFs are sagging this year and broader, traditional emerging markets benchmarks are doing the same, EPI is higher by 28.48%. There’s a chance that EPI’s roster size could swell over the next several years.

“And the pipeline for future public listings is expected to remain robust over the next two years, Goldman analysts said. Based on Goldman’s analysis, as many as 150 private firms could potentially list on the stock market over the next 36 months,” according to CNBC.

Many of the upcoming IPOs in India are forecast to hail from the technology sector and consumer-facing internet segments. EPI currently allocates almost 14% of its weight to tech stocks while the consumer discretionary and communication services sectors combine for about 6% of the ETF’s roster. There’s another way that EPI can benefit from more Indian IPOs: underwriting fees to Indian banks. EPI has a 24.65% allocation to the financial services sector.