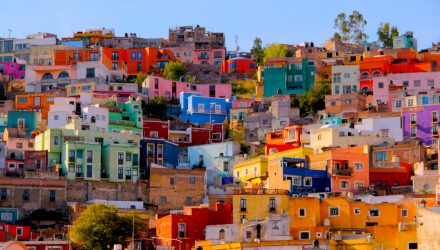 While the emerging markets have been languishing in a risk-off environment fueled by trade war concerns, the Mexico country-specific ETF has been enjoying a strong run.

Over the past month, the iShares MSCI Mexico Capped ETF (NYSEArca: EWW), the largest exchange traded fund dedicated to Mexican equities, increased 13.5%, compared to the 3.3% decline in the MSCI Emerging Market Index.

Ever since the run up to the elections in Mexico City that led to leftist candidate Andres Manuel Lopez Obrador, known as AMLO, winning the presidency, Mexican equities have been rallying.

Observers were originally wary that the far left President could push for tougher negotiations between Mexico, the U.S. and Canada under a new NAFTA deal in a time when trade relations are worsening. However, he has since sought to ease investors’ concerns.