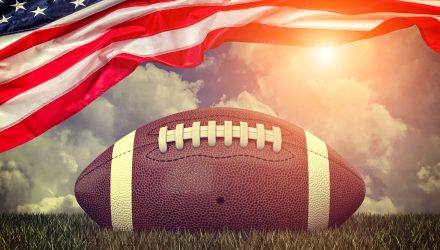 As NFL Season 2018 kicks off tonight, savvy investors can look to certain segments of the market for targeted investing plays.

One of the biggest trends to watch is how many people will actually tune on the TV to watch the games. One major trend over the past few years has been the declining number of hours Americans spend watching television, particularly among younger Americans.

We’ve already seen this trend have an effect in recent years. NFL Season 2017 had nearly 10% fewer viewers than the year prior, coming after an 8% year-over-year decline in 2016.

One major trend that has many worried is the recent controversy surrounding NFL players kneeling for the national anthem, which President Trump made a major issue of during the 2017 season. One particular event CNBC’s Eric Chemi is worried about is the new Nike ad featuring Colin Kaepernick, an unsigned NFL player who first ignited the kneeling controversy.

“I think [the kneeling controversy]is one of the big headaches the NFL is trying to get away from,” Chemi said, “but over the off-season, the League’s owners and players could not come to an agreement to end the anthem issue, so you’re going to have to see what happens tonight.”