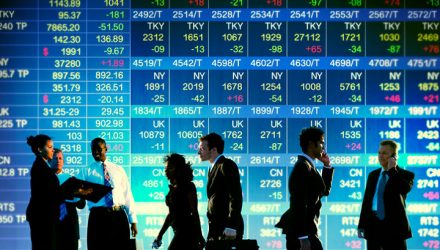 In contrast, our positions in growth stocks and the technology sector were drags on performance.

The fixed-income portions of the portfolios maintained their diversified exposure to corporate credits such as high-yield bonds and preferred stocks. That approach was beneficial, as the spike in rates last week put pressure on broad-based fixed income markets.

Market volatility, which was historically low during most of the quarter, spiked toward the end of last week. The CBOE Volatility Index (VIX) surged more than 30% intra-day late Thursday to its highest levels since mid-May. That said, the VIX remains well below its long-term average.

Possible reasons for the sharp rise in volatility may include end-of-quarter moves by money managers attempting to protect profits and lock in on-paper gains generated during the second quarter. In addition, the European Central Bank president’s comments earlier in the week caused volatility in global spreads, while the Senate’s postponed vote on its health care bill increased the risk that tax reform efforts will be further delayed.

Related: It’s Halftime & Active Funds Have Ground to Make Up

The Risk Assist portfolios remain fully invested and globally diversified, similar to the positioning of the Gain portfolios. With volatility generally at historically low levels lately, Risk Assist is calibrated to allow for some short-term price fluctuations before hedging. By staying out of the way of short-term bursts in volatility, Risk Assist attempts to add value by seeking to reduce the overall cost of hedging.

As the second quarter ended, all Real Spend models were set to be rebalanced due to positive performance.

Our equity-centric approach to retirement income (coupled with our research-based belief that many retirees should maintain a significant allocation to equities) is a view that looks to have increasing traction in the investment community. According to a 2017 Morningstar survey paper on target-date funds: