You are at:Home»Investing»Look at the History of Credit Cards for the Future of Cryptocurrency 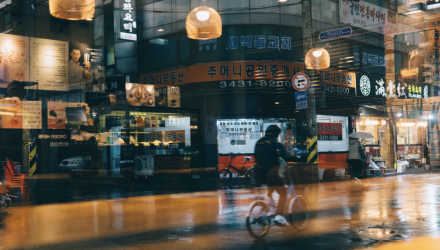 By Jared McClure via Iris.xyz

Advocates for cryptocurrency adoption seemed to have scored a major win recently when the state of Ohio announced it would be accepting businesses’ 2018 tax payments in bitcoin. The intention, state Treasurer Josh Mandel says, is to give taxpayers better, easier options for paying their taxes. The retailer Overstock seems to agree and announced its intention to pay its Ohio taxes using cryptocurrency.

This was arguably bitcoin’s best bit of news in a year. While most taxpayers will certainly continue to use other forms of payment for the near future, Ohio’s actions casually put cryptocurrency in the same company as credit cards.

Cryptocurrency’s breakthrough in Ohio also demonstrates that methods of payment continue to evolve, whether that means mobile payments or other actual bitcoin applications. Another example is Microsoft leveraging cloud solutions to create an open and regulated ecosystem for digital assets in which Starbucks plans to play a key role. True, these do not necessarily signal an incipient cryptocurrency revolution, but they do sound a bell for increasing interest in exploring crypto’s practical uses.

Given their dominance as a form of payment, it’s hard to remember credit cards seemed as unfamiliar, unnecessary, and unreliable in the 1970s as cryptocurrency feels to most people today. Unusable, even, until Visa transformed the payments industry by putting their cards into people’s hands with money already on them. Having money to spend and only one way to spend it meant customers demanded that businesses accept those cards, thus driving demand even further.