You are at:Home»Leveraged & Inverse Channel»Why Gold Is The “Only Currency You Can Rely On” 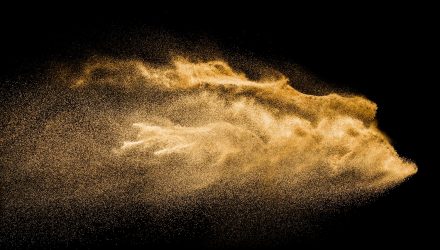 Why Gold Is The “Only Currency You Can Rely On”

Last week, gold fell ahead of first-quarter earnings season as the dollar gained while the precious metal slumped to its lowest level of the month. Gold fell 1.23 percent at the close of Thursday’s trading session to settle at a price of $1.295.15. Nonetheless, analysts maintain that this is only a temporary setback.

In the video below, long-term, gold’s reliability as a currency should drive its value up, says Claude Beget, keynote speaker of the Swiss Mining Institute.