You are at:Home»Leveraged & Inverse Channel»When Preserving Capital Is Wiser Than Growing It 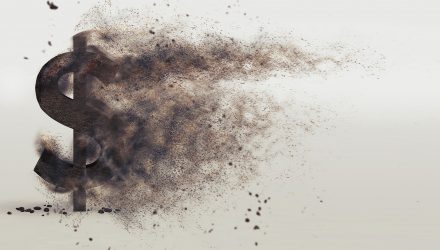 When Preserving Capital Is Wiser Than Growing It

When it comes to investment performance, slow and steady generally wins the race when stretched out over long-term horizons. Even though this practice may not seem glamorous, one hedge fund explained in its year-end letter for 2018 that preserving capital is a wise move during times of extreme volatility.

In his 2018 letter to investors, Maverick Managing Partner Lee Ainslie said when they wrote their first letter more than 25 years ago, they stated that the fund’s objective was to “preserve and grow capital.” However, “after a bit of debate,” the fund chose to prioritize capital preservation over growth.

He also reports that the fund performed quite well in January. Maverick was up 6.7% for the month of January. The fund averaged a net exposure of 29%, which was just a bit below their average net exposure of 32% in Q4.

Stocks Could Be Less Rewarding From Now On

Ainslie warned that the stock markets “are likely to be far less rewarding” in the coming years than they have been in the last few years. As a result, the Maverick team has shifted the fund’s exposures down, which means its returns will continue to be driven by alpha generation. He also explained why their focus tends to be more on the fund’s long/ short spreads.

“Indeed, both the preservation of capital during the market decline and the growth of capital in the past few weeks were driven by a positive spread between our long and short investments.”

He also expressed concern that the HFRI has gradually been getting more and more closely correlated with the equity markets. He added that the 86% correlation observed in the last three years is about three times higher than it was 20 years ago.

Ainslie isn’t the first to emphasize his fund’s low correlation with other benchmarks. Value-oriented Half Moon made similar observations in its recent letter to investors.