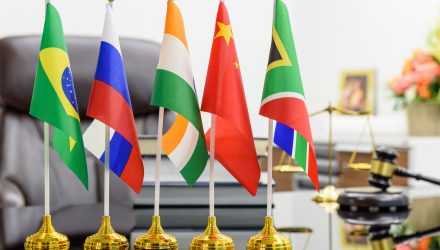 Additionally, Wells Fargo argued that Brazil, an area where investors have become excessively optimistic following the elections of a reform-minded leader, could also be the first to decline in a sell-off. The Brazilian real is among the best-performing currencies this year as traders anticipate President Jair Bolsonaro will pass unpopular social security reform, privatize state-owned companies and revive growth.

Investors can also hedge against a pullback in Brazilian equities through something like the ProShares UltraShort MSCI Brazil Capped ETF (NYSEArca: BZQ), which attempts to deliver two times inverse of the daily performance of the MSCI Brazil 25/50 Index,