You are at:Home»Leveraged & Inverse Channel»S&P, Nasdaq Pacing for Best Quarter in Seven Years 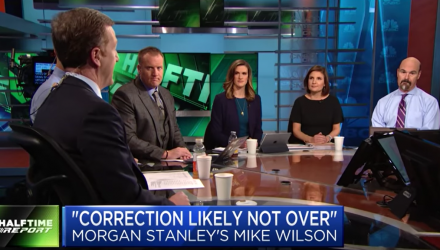 Despite the Dow Jones Industrial Average looking at its fifth straight losing session last Friday, it’s easy to forget that the bull run in the stock market turned 10 years of age last weekend. Despite fears of a global economic slowdown, the major indexes are still up to start 2019.

In the video below, Mike Wilson of Morgan Stanley, Meghan Shue of Wilmington Trust, and Amy Raskin of Chevy Chase Trust join CNBC’s “Fast Money Halftime Report” team to discuss what is weighing on the market and if the market correction could be ending soon.