You are at:Home»Leveraged & Inverse Channel»How to Prep for More Declines in Chinese Stocks 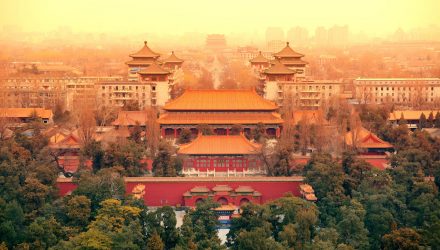 How to Prep for More Declines in Chinese Stocks

One of the primary reasons emerging markets stocks and exchange traded funds are struggling this year is slumping Chinese shares. Some traders are forecasting more declines for Chinese equities, which could benefit the  Direxion Daily FTSE China Bear 3X ETF (NYSEArca: YANG).

Although it retreated Wednesday, YANG surged more than 26% in October.

Some traders are concerned about the growing divergence between U.S. and Chinese stocks.