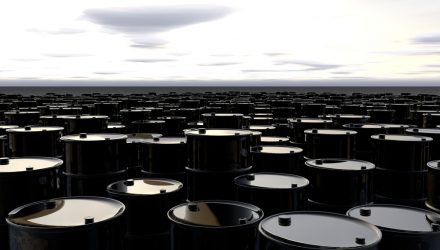 After turning negative in April before recovering through May, oil prices couldn’t catch a break during Thursday’s early trading session as the commodity turned lower on rising inventories and questionable production cuts. However, the commodity managed to eke out a gain once the final trading bell rang.

Oil traders are waiting anxiously to win whether the top producers will extend output cuts. Per a CNBC report, the “Organization of the Petroleum Exporting Countries (OPEC) and allies led by Russia, a group known as OPEC+, are debating when to hold ministerial talks to discuss a possible extension of the existing cuts.”

Saudi Arabia and Russia, oil’s top two producers, are looking to extend cuts of 9.7 million barrels per day (bpd), which was agreed upon in April. In a sudden turn of events, the CNBC report noted that “a suggestion by OPEC president Algeria to meet on Thursday was delayed amid talks about poor compliance by some producers.”

“OPEC appears ‘damned if they do and damned if they don’t’ with regard to extended near term production reductions,” Jim Ritterbusch, president of Ritterbusch and Associates, said. “Any decision to forgo any extension of current cuts would easily unleash a near term selling spree while an agreement to extend cuts beyond next month would have longer-term bearish implications as upward adjustments to third-quarter shale production forecasts would likely be required.”

The fund generally will not invest directly in WTI crude oil futures. The advisor expects to gain exposure to these investments by investing a portion of its assets in the ProShares Cayman Crude Oil Strategy Portfolio, a wholly-owned subsidiary of the fund organized under the laws of the Cayman Islands.