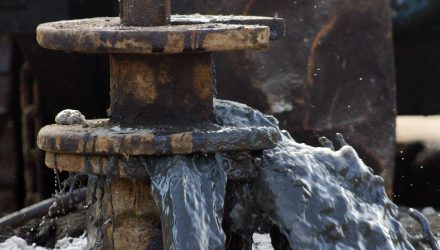 The MSCI ACWI Energy Sector index is up over 20% the last few months and 13% so far in 2021. Unexpected productions cuts and a Polar Vortex are helping to boost prices.

“West Texas Intermediate jumped over $60 per barrel after the Polar Vortex that brought unusually cold weather to a large part of the U.S. froze—literally—a third of oil production,” an OilPrice.com article explained. “Citing unnamed sources from the industry familiar with the details, Bloomberg reported that U.S. oil production is now 3.5 million bpd lower than it was before the cold snap hit, marking the largest ever production decline in history. In the Permian, production came down by as much as 65 percent.”

“According to the report, temperatures in Texas were so low at the start of this week that oil and gas liquids were freezing at the wellhead as well as in pipelines, which are mounted on the ground rather than laid underground,” the article added.

“Some producers, especially in the Permian Basin and Panhandle, are experiencing unprecedented freezing conditions which caused concerns for employee safety and affected production,” said the Texas Railroad Commission on Monday.

The Gains Keep Coming for GUSH

GUSH is up over 100% in the last few months thanks to its added dose of leverage.

The ETF seeks daily investment results of 200% of the daily performance of the S&P Oil & Gas Exploration & Production Select Industry Index. The fund, under normal circumstances, invests at least 80% of its net assets (plus borrowing for investment purposes) in financial instruments and securities of the index, ETFs that track the index, and other financial instruments that provide daily leveraged exposure to the index or ETFs that track the index.

GUSH’s ‘golden cross’ came in late December as the 50-day moving average crossed up the fund’s 200-day moving average. Since then, GUSH is up over 80% and could continue climbing as long as the fundamental backdrop for higher oil prices remain.

Right now, technical indicators show momentum is on GUSH’s side. The relative strength index (RSI) is firmly in overbought levels at 72.03.

For more news and information, visit the Leveraged & Inverse Channel