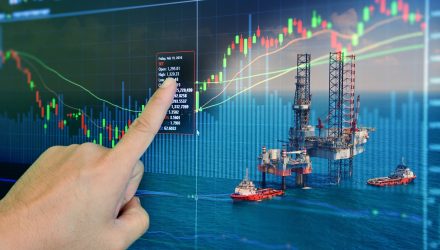 The Energy Information Administration reported a decline in crude oil inventory of 3.9 million barrels for the week to March 8 as opposed to a build of 7.1 million barrels a week earlier, helping oil prices to move higher.

According to the EIA, refineries processed crude at an average daily rate of 16 million barrels, which was unchanged from the amount a week earlier.

“Trump is yelling at OPEC, but Trump’s been the most effective cutter” said Helima Croft, head of global commodities strategy at RBC.

In December 2018, lengthy Organization of the Petroleum Exporting Countries (OPEC) discussions finally came to a conclusion, resulting in a larger-than-expected production cut. OPEC and associated partners agreed to cut 1.2 million barrels per day with OPEC being responsible for 800,000 barrels.

According to some firms, more bullishness could be ahead for oil prices in the near-term before an eventual ceiling spurred by a “New Oil Order” puts a cap on price spikes.

“This will shake up international oil and gas trade flows, with profound implications for the geopolitics of energy,” said Fatih Birol, the IEA’s Executive Director. “Everywhere we look, new actors are emerging and past certainties are fading. This is the case in both the upstream and the downstream sector. And it’s particularly true for the United States, by far the stand-out champion of global supply growth.”