You are at:Home»Leveraged & Inverse Channel»Number Of U.S. Companies Publicly Subjected To Activist Demands Declined In Q1 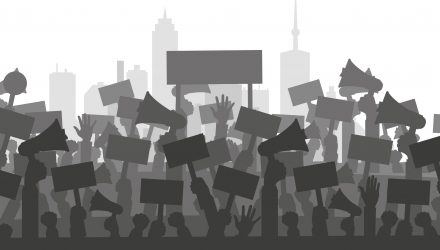 As prominent activist investor Bill Ackman takes a step back from shareholder activism to focus on fundamental research, typical passive investors are taking a step forward. This is one of the key takeaways from an analysis of the proxy season so far conducted by Activist Insight Online.

Overall activity in the U.S. fell in the first three months of the year to 189 companies publicly subjected to activist demands from a record 227 in the same period last year. Non-activist investment firms publicly targeted 45 companies during the period, a slight decline compared with 47 in the previous year. Meanwhile, the number of companies publicly subjected to activist demands by dedicated activists fell from 93 to 69. The remainder of activity can be attributed to institutional investors and shareholder gadflies promoting good governance, typically via shareholder proposals.

“We are the busiest we have been in some time,” Aneliya Crawford, a partner at Schulte Roth & Zabel, told me. “Our clients are the broadest range of investors we have seen engage in activism perhaps ever. Two of my current contests are lawyers launching campaigns in their capacity as shareholders.”

Facing pressure from their own investors to outperform passive indexes, asset managers are forced to become more activist. Hestia Capital Management and Permit Capital jointly launched their first-ever proxy contest at GameStop this year before settling for the addition of two new independent directors. M&G Investments, a fund with $292 billion in assets, initiated a proxy contest for four seats against Methanex in a bid to block the development of another methanol production plant without a strategic partner. In one of the biggest actions of this year in the U.S., BlueMountain Capital Management started a proxy contest to overthrow the entire board of bankrupt utility firm Pacific Gas & Electric.

In some cases, the investors intervened after long periods of frustrations with management or a crisis. M&G has been invested in Methanex for more than 12 years but only went public with demands for share repurchases in 2017. Permit held shares since 2011, while BlueMountain bought the shares in PG&E just before the utility was hit with potential $30 billion in liabilities.

In full-time activism, usual suspects Starboard Value and Elliott Management have been the most active so far this year, each targeting seven companies. Both took on tougher challenges and experienced setbacks. Elliott was hit by two resounding failures at Hyundai Motor and Hyundai Mobis, while Starboard withdrew an effort to block Bristol-Myers Squibb’s $74 billion acquisition of Celgene after it became clear there was not enough support for its thesis.

They’re followed by Legion Partners Asset Management with three, including a campaign at Bed, Bath & Beyond for a full board sweep.

Many situations have not reached their conclusion, as the proxy season is still in full swing. Freedman says the end of April will bring more visibility on which election contests are likely to go to a vote.

Elsewhere in the news:

Employees are using their stock ownership to demand changes at their employers, particularly related to environmental and social concerns, Activist Insight Online’s in-depth story of this week reports. As the Securities and Exchange Commission considers raising the ownership threshold for shareholder proposals, employee activism could suffer.

Panalpina agreed to be acquired by Danish peer DSV for 4.6 billion Swiss francs in an all-share transaction that ended Cevian Capital’s first ever proxy solicitation. Cevian, which had campaigned against a proposal by key shareholder The Ernst Göhner Foundation to implement equal voting rights, will roll over its shares into the combined company but is unlikely to seek a board seat, the activist told Activist Insight Online.

Troubled California utility Pacific Gas & Electric appointed a new CEO and 10 fresh board members as a result of a deal with three shareholders owning 10% of the stock, after extending its nomination deadline seven times. BlueMountain Capital Management, which nominated an alternative 13-member slate, is reviewing whether to continue its proxy contest.

Playtech caved in to pressure from SpringOwl Asset Management and added two new directors in collaboration with the activist. However, SpringOwl is now on a quest to reform the company’s executive pay.

Prescience Investment Group, better-known for its short selling reports, is seeking to overhaul the board of embattled pharmaceutical company MiMedx, which was targeted by six short sellers, including Citron Research, Viceroy Research, and Marc Cohodes.

Japanese asset manager Sparx Group failed again in its attempt to drive changes at synthetic fiber maker Teikoku Sen-I, but is likely to come back next year judging by the activist’s past statements.

Next week, Israeli-based BOS Better Online Solutions will be defending a proxy contest from L.I.A. Pure Capital for control of the board. With Institutional Shareholder Services siding with the company, L.I.A. Pure faces an uphill battle.