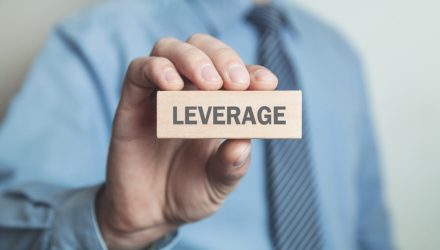 The floodgates could be opening up for leveraged exchange-traded funds (ETFs), which should be exciting news for big game hunting traders. The U.S. Securities and Exchange Commission recently passed new regulations concerning the use of derivatives in the retail-friendly products, as discussed in a Financial Times article.

“The securities regulator, in a 3-2 vote, said ETF providers which abided by certain requirements could now offer products with up to 200 per cent leverage without seeking prior approval from the SEC,” the article reported. “Jay Clayton, the SEC chairman appointed by president Donald Trump in 2017, said the changes provided ‘both meaningful protections for investors and regulatory certainty for funds and their advisers’. The commission’s two Democrats, who had supported the proposal when it was introduced last year, ultimately voted against the rule, arguing that key investor protections had been stripped from the final version.”

“This rule did not live up to the promise of the proposal,” said Allison Herren Lee, one of the SEC’s Democratic commissioners.

Speaking more to the regulations, the article noted that the recent “changes approved on Wednesday deal with the use of derivatives by mutual funds, business development companies and leveraged ETFs, which magnify changes in the indices they track through the use of leverage. Such ETFs have been offered by a limited set of providers that have received pre-clearance from the SEC. The new rules would remove that pre-clearance requirement for ETFs using up to two times leverage, while prohibiting new issues of funds levered above that level.”

Will these new regulations spark a rise in leverage-hungry traders?

Where To Look for Leveraged ETFs

Whether you’re a bull or bear in industries like technology or commodities like oil, Direxion Investments has a plethora of options for traders looking to lever up their plays. Whether it’s 1x, 2x or even 3x exposure, Direxion has an ETF that catering to short-term strategy.

“Your investing purpose is unique, whether executing short-term tactical trades, expressing a macro-themed market point of view, or pursuing building blocks for the long term,” the Direxion website noted. “Direxion’s ETFs are designed to expand the options for seeking flexibility in all market conditions, to more precisely express your market views and manage risk – over any time period.”