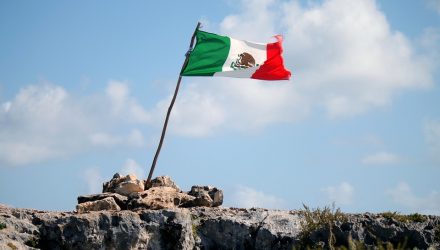 The U.S. capital markets were sent in the green on news that the United States and Canada reached an agreement to revamp the North American Free Trade Agreement, which will be called the United States-Mexico-Canada Agreement. Canada ETFs also gained as well as Mexico ETFs like the Direxion Daily MSCI Mexico Bull 3X ShsETF (NYSEArca: MEXX).

MEXX seeks daily investment results equal to 300% of the daily performance of the MSCI Mexico IMI 25/50 Index. MEXX invests in securities of the index, which is designed to measure the performance of the large-, mid- and small-capitalization segments of the Mexican equity market, covering approximately 99% of the free float-adjusted market capitalization in Mexico.

Good conversation with @RealDonaldTrump this morning – the new #USMCA is going to bring our countries even closer together and enhance competitiveness & prosperity, while creating new jobs for people across our continent: https://t.co/0B0O1r3W3t