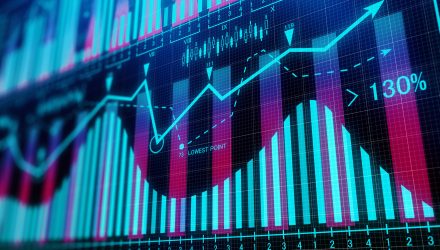 Per a Nasdaq Dorsey Wright monthly update, the “recent movement of the dollar provides tailwinds for some areas of the market that were, for most of 2018, fighting stiff headwinds. In particular, international equities is one area of the global markets that tends to perform better when the dollar is weakening.” 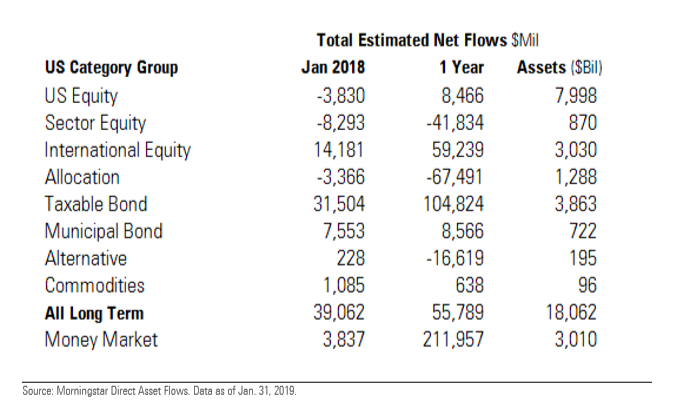 One notable was the number of outflows from passive funds in January while active funds remained static. Per the Morningstar report, “January’s biggest surprise may have been the relative flows for active and passive U.S. equity funds. Passive funds fared worse than their active counterparts for the first time since January 2014. U.S. equity funds had modest outflows of $3.8 billion overall, despite the S&P 500 gaining 8% (the index’s best January since 1987). On balance, these outflows came from passive U.S. equity funds, while active flows were flat.”

Since the majority of exchange-traded funds (ETFs) are passive, this reflected in their flow performance. ETFs received only $2.5 billion compared to $36.6 billion for their open-end counterparts–a rarity since ETFs have typically dominated in this category. 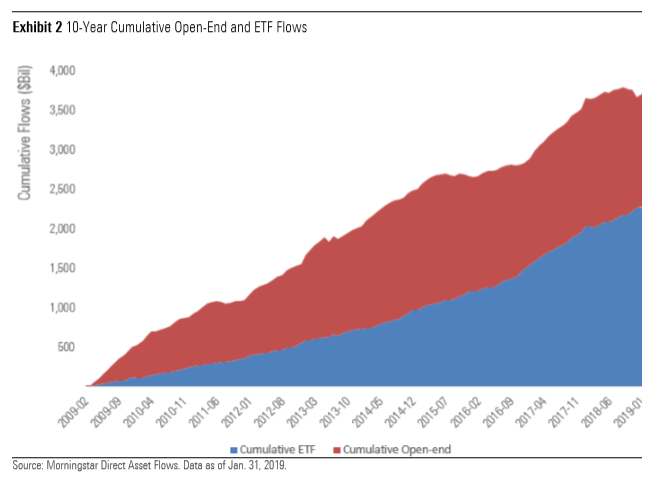