You are at:Home»Leveraged & Inverse Channel»Leveraged Tech ETF Takes Off as Dow Recovers 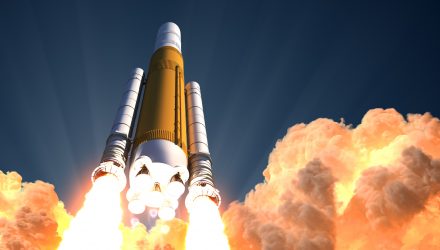 The markets were propped up by a spate of positive earnings reports from the likes of tech giants like Microsoft (etftrends.com/quote/MSFT) who bested analyst expectations with $1.14 per share as opposed to the $0.96 per share expected by analysts, according to Refinitiv. In addition, revenue came in at $29.08 billion versus forecasts of $27.90 billion.

Less than a week before Halloween, the bouts of volatility in October already has investors spooked as evidenced by the CNN Money’s Fear & Greed Index, which is tilted heavily to the left deep into fear territory. However, market analysts like Amanda Agati, co-chief investment strategist at The PNC Financial Services Group, said a correction is par for course for a health market.

“Corrections like this are actually healthy for the market,” said Agati. “What is surprising to me is where the finger is being pointed at. It’s not clear to me that anything has changed in the last month.”

In terms of stock market fundamentals, Agati says all is well as evidenced by third quarter earnings season. So far, S&P 500 earnings are up 24.8 percent, while 82% of the companies that have already reported beat estimates.

“This is much more of a sentiment shift than a fundamental shift,” Agati said.