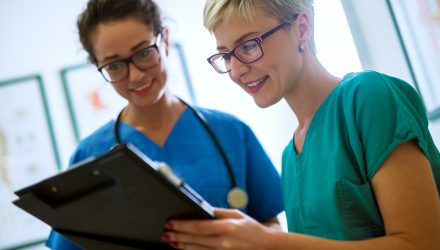 In California, a heated debate occurred over the payment to dialysis providers, which can prove costly–rising healthcare costs have already been a topic brewing in political realms. Medicare estimates show that it nationally spends $34 billion a year on dialysis treatment providers.

In the end, California voters decide against putting a cap on revenue generation for dialysis providers. Healthcare provider DaVita Inc gained over 11% in Wednesday’s trading session.

“We are grateful that Californians voted down Proposition 8,” DaVita said in a statement on Wednesday, “It’s disappointing that the SEIU-UHW used the ballot initiative process as leverage in pursuing their own objectives, despite the potential harmful consequences to nearly 70,000 California dialysis patients.”

Idaho, Nebraska and Utah proposed legislation on their respective ballots to address increased access to their Medicaid programs for low-income individuals–a measure already taken on by 34 other states as part of the Affordable Care Act. Healthcare analysts at Avalere posited that increasing Medicaid accessibility would translate to 325,000 more people having access to health care they wouldn’t otherwise qualify for.

Voters in all three states opted for Medicaid expansion and a Democratic majority in the House could mean more expansions in certain states like Montana, Kansas and Maine.