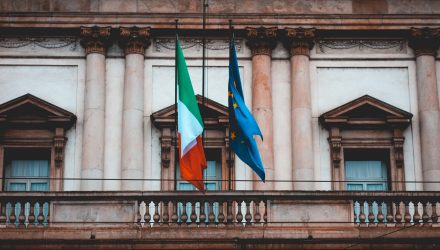 Italian bonds have faced mounting pressure the last few months since the anti-establishment coalition of the right-wing League and the 5-Star Movement took over office in June. Last year, Italy recorded a government debt equal to more than 130% of the country’s gross domestic product, but has struggled to keep its repayments under control.

The Italian government sent European markets in a frenzy earlier this year due to comments from Claudio Borghi, who heads economic policy for the ruling Lega party, saying the country would be better off if it wasn’t tied to a single currency, the euro, and operated on its own currency.

However, if negotiations with the EU continue to show signs of progress, this could benefit EURL moving forward–something traders will keep an eye on.