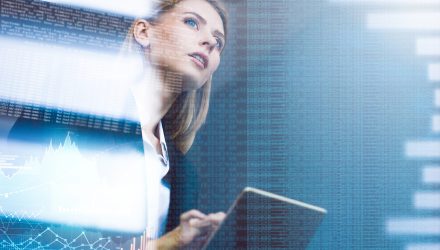 Treasury note yields were partly to blame for last week’s stock sell-off as benchmark notes went on a weeklong ascent, pushing to new highs that caused investors to fret. The rising yield contagion eventually made its way to the stock market, hurting several tech giants like Netflix.

Rising rates are not the only thing Netflix has to worry about with respect to future growth as more competitors enter the video streaming market segment, such as Apple, AT&T, Walmart and Costco.

“While these services offer varying levels of direct threats to Netflix’s subscriber base, they indicate that the arms race for content is not likely to ease any time soon,” said Nomura’s Mark Kelley.

“We note that the content slate that came online during 3Q was better than 2Q’s, including new seasons of big-name series such as Orange is the New Black, Ozark, and BoJack Horseman, which gives us increased confidence that the company can achieve its 3Q subscriber guidance,” said Kelley. “Furthermore, the most recent Sensor Tower app download data indicated strong international growth, with India being the fastest growing region globally.”