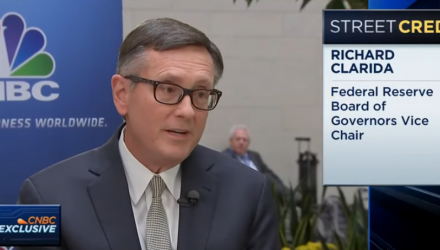 In the video below, Fed vice chair Richard Clarida sits down with CNBC’s Sara Eisen to discuss the state of the U.S. economy, global growth and the U.S. China trade on the economy.