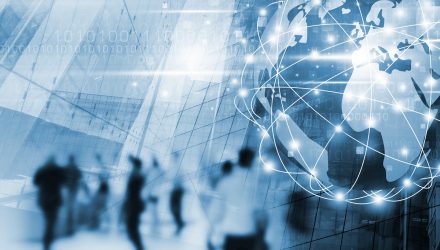 With markets still reeling from fears over uncertainty regarding the trade war with China, some traders are looking to bet against the broader market by making options plays on ETFs.

Currently, the Financial Select Sector SPDR Fund (XLF), the ETF that tracks the financial sector, is down 2%, as worries about global growth and the U.S.-China trade war remain center stage. Notably, apart from recent losses however, XLF is still up more than 15% this year and beating the S&P 500.

Analyst Mik Khouw notes though that this stellar record isn’t stopping one options trader from making a substantial bet against the group.

“When you buy that put spread, you’re obviously making a bet that [the XLF]is going to fall below that 27-strike price that you bought, and possibly down to that lower strike that you sold.”

Khouw describes the mechanism and importance of the trade, explaining that because each put spread contract represents 100 shares of the XLF, the total cost of this trade ends up just under the $2 million mark, quite a substantial investment. Why would a trader bet against the market this way?

“If you happen to run, say, a $1 billion book, and you were looking to hedge your financial exposure, take a look at where these strikes line up. That essentially represents — from $24 up to about $26.50, where this would really kick in — the gains that the financials saw from the beginning of the year to the end of the first quarter,” Khouw explained.

“So it would make a lot of sense to me if somebody who was running a book of that size was looking to hedge the gains that they’ve seen in the financials, given the volatility that we’re seeing right now.”

Essentially, this trader is seeking to use put options on XLF as a way to hedge risk against the broader market, to gain protection during this recent volatility and political instability.

“In a situation like this, where you own the spread,” said Khouw, “this is really protection. You kind of have to hold this a little bit, because if it runs to $24 quickly — because this expires in June — you’re not going to get the full value of that spread right away.

“When you put on a spread like this proactively, that’s probably just looking to hedge existing gains, basically through the end of the current quarter that we’re in.”