You are at:Home»Leveraged & Inverse Channel»Ed Thorp on Learning from Gambling 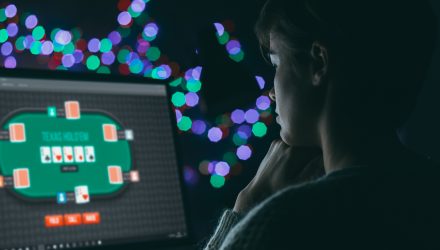 Ed Thorp on Learning from Gambling

Ed Thorp has a skeptical mind. That’s what got him to question the belief that you couldn’t beat the casino. That same skepticism eventually drove him to question financial markets. During an interview, Thorp explained that journey and what he learned.

In the game of blackjack, if you know the number of decks, then you know how many of each card exists (assuming the House plays fair), and you can work out the odds from there.

Not so with investing. The complexity of markets, the number of factors involved, make precision impossible. Here’s Thorp:

One idea I’d had during those days was the physical predicting of roulette. That idea had stuck with me, so as I was getting my Ph.D., I was working on that problem, just on the side for fun. That gave me an outlook toward gambling games that later paid oﬀ in the market. Although conventional wisdom held that you couldn’t beat these games, the outlook was that that wisdom was not necessarily true and, in fact, was probably wrong. Gambling games, which were perceived to be eﬃcient — in the ﬁnancial-world sense of the word, might not be. In fact, I was convinced that wasn’t the case in roulette. So I came to this orientation that the conventional wisdom wasn’t right. That led me not only to build a wearable computer for roulette in conjunction with Claude Shannon of the Massachusetts Institute of Technology, but also to investigate card-counting in blackjack. I happened to see an article on blackjack strategy published in a statistical journal that was fairly close to even. After I used it just for fun, I came back and ﬁgured out a way to construct a winning strategy for the game. That told me you could, in fact, beat gambling games, and I got into exploring that idea in much more depth. When I actually played blackjack, I learned how to manage money. The so-called Kelly criterion was the type of thing I used for bankroll management, and I learned about that from Claude Shannon, who had worked with J. L. Kelly at Bell Labs some time earlier. He had actually refereed Kelly’s fundamental paper.

That gets me to the point about the relationship between gambling and investing, that is, what you learn from one helps with the other. Gambling games are, for the most part, an area where you can calculate the odds, the probabilities, in detail and get them rather exact. There are some exceptions, like sports betting and so forth, that are more like social or ﬁnancial markets. But you can actually come into a gambling game with known probabilities and get answers. You have the advantage, like you have in the physical sciences, of so-called repeatable experiments. You can simulate a gambling game a million times if you want because you know the probabilities. It’s much more diﬃcult in the securities markets because we just have one history from which we have to infer what’s going on, and the probabilities that we have are not exact — they’re just estimates. We’re in a world that’s controlled by people, which evolves in complex ways that we don’t fully understand. So you don’t have the same simple rules you have in the physical sciences and in the calculations that are behind gambling games. Nonetheless, the things you learn about gambling games carry over, in large part, to the investment world.

I think that we only get estimates of the distributions and that we can only be somewhat sure of the estimates. That makes the problem in the ﬁnancial world much more diﬃcult, I think, because you have these uncertainties in the distributions.

So markets are nothing like a deck of cards. We do have a pile of data to draw from on stocks and bonds and so forth. That should be enough, right? Not really.

Instead, we have a set of data that only shows the history of what happened. If “more things can happen than will happen,” as Elroy Dimson says, then the data we have conveniently leaves out all the other possibilities that never happened.

We can guess what those other outcomes might have been. But if each market cycle is a product of the prior cycle, as Peter Bernstein suggests, then guessing all of it becomes impossible. It’s like a bad time travel movie, where tiny slivers of history are constantly altered, and guessing how it dominoes from there.

People are at the core of the issue. Markets are just a mass of people — rational at times, irrational at others — whose decisions are highly influenced by recent past events. What if the Financial Crisis wasn’t nearly as bad? What if the Dotcom Bubble went on for another year? What if the Nifty Fifty craze never took off? How would people, thus markets, behave then?

So we should expect surprises.

The way to look at it, to me, is the probability of the probability that an investment works out. If there’s a range of possibilities and we can’t define the entire range accurately due to uncertainty, then how confident are you with your range? 70%? 80%? 20%? How much overconfidence is in that number?

And are you prepared to be wrong? Not just wrong in a bad way, how do you react to being wrong in a good way too?

The added difficulty makes having the right behavior so important. The tiniest bit of emotion in the process can change the outcome drastically.

Which goes back to gambling, where it’s easy to get sucked in by the emotional side of it.

It seems to me that people are not just wealth maximizers but seeking to maximize something else, whether they do it accurately or inaccurately, whatever their total satisfaction is from whatever they’re doing. I imagine that’s the explanation for why people will gamble and lose money. They supposedly get an entertainment payout. Part of it, though, is that gambling is a tax on ignorance. People often gamble because they think they can win, they’re lucky, they have hunches, that sort of thing, whereas in fact, they’re going to be remorselessly ground down over time.

Nobody invests for the entertainment value, do they?