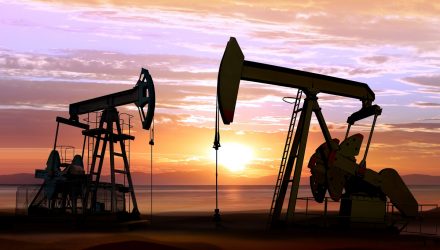 WTI crude oil was trading around $58.60 a barrel before falling off precipitously to $57.30 upon the announcement that Bolton had been fired.

Prior to Trump’s announcement, oil markets were moving higher on Tuesday, marking their longest run of gains since late July. The commodity had been climbing on the updated outlook from Prince Abdulaziz bin Salman, Saudi Arabia’s new energy minister and a veteran member of the Saudi delegation to the Organization of the Petroleum Exporting Countries (OPEC), which stated that the kingdom’s policy would not materially differ and a global deal to slash oil production by 1.2 million barrels per day would be maintained.

“It will be interesting to see if we get any hint from him whether the producer group in general and Saudi Arabia in particular sees the need for deeper production cuts.”

OPEC and its partners are meeting on Thursday to consider the next steps in the supply control arrangement.

There have been worries about producers’ adherence to the agreement as OPEC members Iraq and Nigeria, among others, overshot their quota in August and Russia also did not fully adhere to the agreement.

“Markets will need to see concrete progress on the production front, even as the world’s economy slows, to sustain gains,” said Jeffrey Halley, senior market analyst at OANDA.

As a result, Goldman Sachs lowered its forecast on 2019 oil demand growth to 1 million barrels per day (bpd), down 100,000 bpd, but left its 2020 demand growth estimate broadly unchanged at 1.4 million bpd.

“Our oil supply-demand outlook for 2020 calls for additional OPEC production cuts to keep inventories near normal,” Goldman analysts wrote in a note.