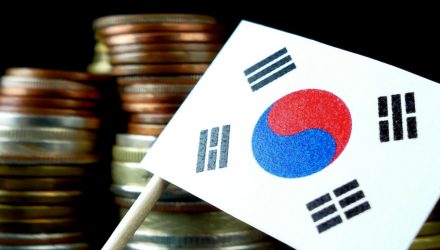 Finding opportunities in emerging markets (EM), especially in the current environment, can be like finding a needle in a haystack. Thankfully, South Korea is one of those countries, making the task much easier than anticipated.

South Korea’s improving economy is feeding nicely into gains for the Direxion Daily South Korea Bull 3X Shares (KORU). The fund is up over 20% within the past month, benefiting from a re-opening of its economy and, thus, consumers who are willing to also re-open their wallets and spend accordingly.

For most countries, inflation has been a thorn in the side, but it’s also easy to forget that Covid-19 still remains a factor. South Korea is still contending with the virus, but as the country looks to return to some sense of normalcy, consumers are spending again.

“I think that the momentum domestically is rather resilient,” said Kathleen Oh, Bank of America’s Korea economist. “Consumption is holding up strong with the reopening and pent-up demand in services; we’re seeing quite strong ‘revenge spending’ in leisure, entertainment, and travel.”

As for the fund, KORU seeks daily investment results that equate to 300% of the daily performance of the MSCI Korea 25/50 Index. The index is designed to measure the performance of the large- and mid-cap segments of the South Korean equity market, covering approximately 85% of the free float-adjusted market capitalization of South Korean issuers. 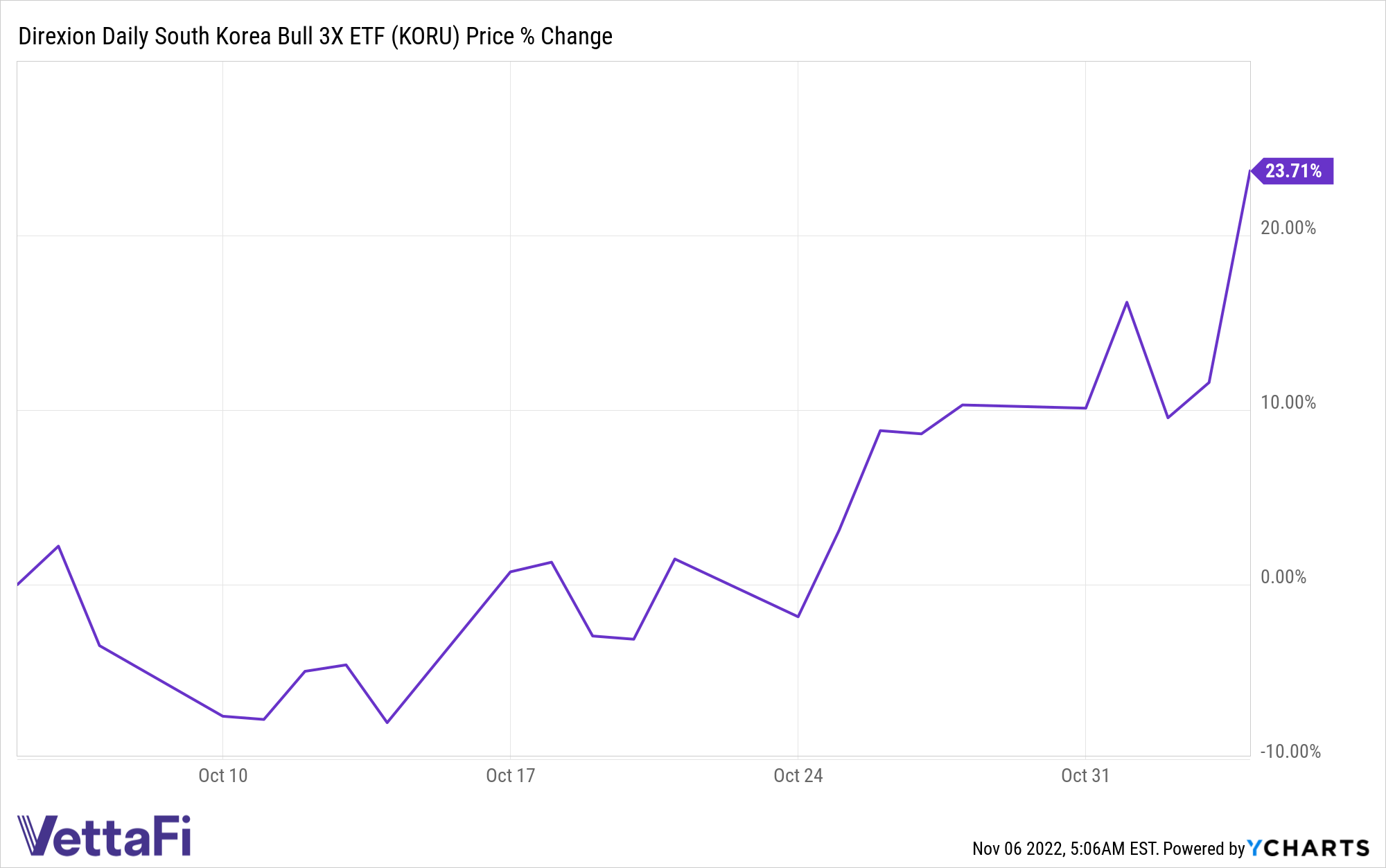 Despite the recent uptick for South Korea, 2023 may paint a gloomier picture. The same headwinds most countries are dealing with regarding global inflation will also eventually hit South Korea if it hasn’t already.

“Based on the grim outlook for consumption and exports from recently released data, we maintain our view that the economy will experience a moderate recession early next year,” ING economists also noted in the CNBC report.

EM countries like South Korea will be especially susceptible if a global slowdown occurs. As such, recessionary pressures could feed into strength for the Direxion Daily MSCI Emerging Markets Bear 3X ETF (EDZ).

EDZ seeks daily investment results of 300% of the inverse of the daily performance of the MSCI Emerging Markets Index. The fund invests in swap agreements, futures contracts, short positions, or other financial instruments that, in combination, provide inverse or short leveraged exposure to the index equal to at least 80% of the fund’s net assets.