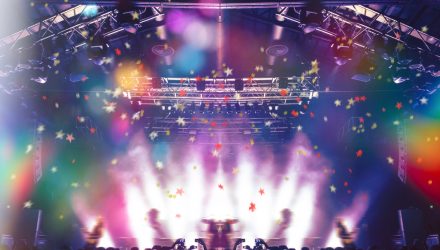 The newest fund to launch on the NYSE is one that arguably has already taken the world by storm: CT Investments, a subsidiary of Contents Technologies, has launched the KPOP and Korean Entertainment ETF (KPOP). KPOP will provide access to the global growth of Korean entertainment and interactive media through companies listed on Korean exchanges that are related to the Korean pop phenomenon that has become a global sensation in the last decade.

It’s the first of its kind fund to focus on Korean pop music and entertainment, according to Bloomberg, and will track the KPOP Index comprised of approximately 30 companies listed on the Korean exchange, including HYBE Co. that manages global superstar boyband BTS, YG Entertainment Inc that manages BlackPink, as well as SM Entertainment Co and JYP Entertainment Corp.

“We are launching this ETF to provide an opportunity for global fans who love K-pop to participate in the potential growth and development of the K-pop industry as well as investors access to Korea-listed companies that are driving the future of global content industry forward,” said Jangwon Lee, CEO of CT Investments and Contents Technologies, in the press release.

K-pop has garnered a lot of international attention and adoration. BTS was named the global recording artist of the year this year while girl group Blackpink set new YouTube musical artist records for subscribers as of June, passing up the 75 million mark. Music record sales from Korean entertainment companies have also grown exponentially in the last decade, increasing to $221 million last year compared to $24 million in 2012.

“The global market for K-pop is still at an early stage of growth and the KPOP and Korean Entertainment ETF will offer thematic exposure to key companies in the Korean entertainment and media industry that stand to benefit from this secular trend,” Lee said.

KPOP will be weighted to favor the entertainment industry, seeking to provide between 70%-80% allocation to Korean entertainment and 20%-30% to interactive media and services industry. The KPOP Index is rebalanced quarterly and utilizes a proprietary AI algorithm to identify companies that are a part of the K-pop ecosystem. Companies must have a market cap of at least $76 million on the Korean exchange to be considered for inclusion and the index limits individual securities at a 9.85% cap.

“There have been very good earnings of these companies that came due to post-COVID openings of offline performances,” Lee told Bloomberg in a phone interview. “Regardless of the general market sentiment, which is also quite bearish in Korea, these entertainment companies under our constituents, have performed very well. So, we are quite confident.”