You are at:Home»Investing»Jamie Dimon: 5% Treasury Yields Not Impossible 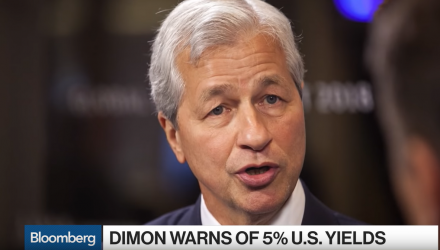 While the benchmark 10-year Treasury yield slipped to 2.934 today, 5% yields are not beyond the realm of possibilities in the government debt space, according to JPMorgan Chase CEO Jamie Dimon.

Not since 2006 has Treasury yields reached the 5% mark. Of course, that served as a precursor to the financial crisis that would occur in 2008. 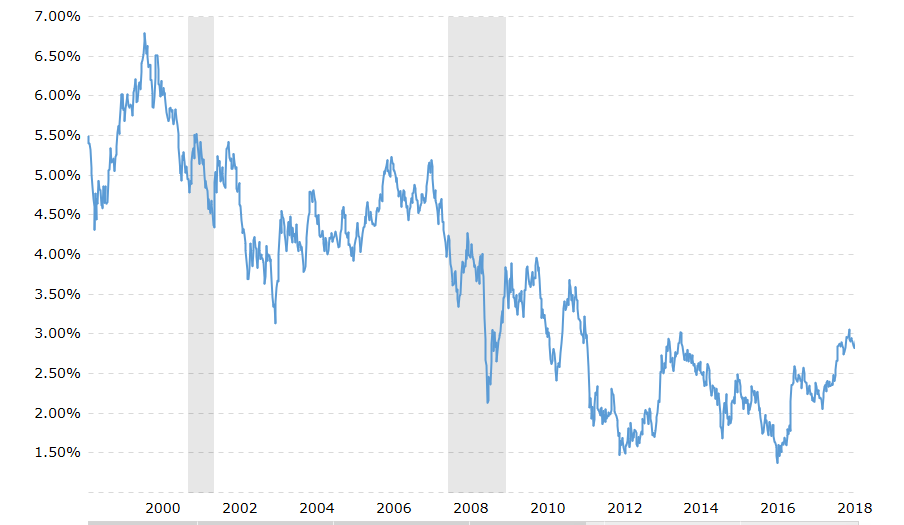 Dimon’s prediction also hints at a robust economy, especially with the Commerce Department announcing a 4.1% increase in GDP during the second quarter, which was spurned by a mix of tax cuts, deregulation and spending increases. The Fed expects GDP to rise 2.8 percent for 2018 in the aggregate, but diminish to 2.4 percent in 2019 followed by 2 percent in 2020.