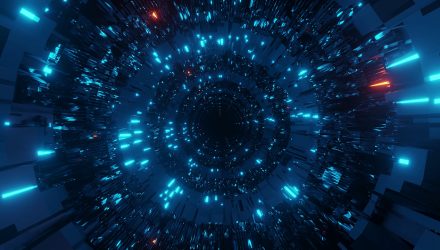 Is Big Tech Finished Or Just Pulling Back?

Ian Young September 11, 2020
With the Nasdaq Composite entering correction territory, and the other indexes nearly there as well and likely to follow shortly, there is now concern from investors and analysts as to whether Big Tech has finished, or is just taking a well-deserved and volatile breather, following a dramatic run higher, which catalyzed the move off of the March lows.
Analysts are split as to whether the Nasdaq has completed its run, with some suggesting there is more downside to come, while others expressing optimism for higher prices in the future.
Some analysts appear more jaded on tech, as Apple, along with the majority of the FAANG cohort, relinquished $1 trillion in market value over just the last few days. Valuations also ballooned out of control they said.

“We made a lower low Friday, we’re making a lower low today, so this market is showing weakness after the sell-off, something we haven’t seen since March,” Bianco Research president and macro strategist Jim Bianco said this week. “And that’s why I think that it’s a little early to maybe jump in on the market and that we can probably expect a bit more of a pullback and a bit more of heat around the collar before it’s all over.”

Bianco believes that investors should hold off until they see signals that the market has started to rebound “and then jump in on it on the upside.”

“Even if you go back to March, if you were four or five days early, you would have lost another 15% of your money before the market rallied back, and then it rallied back only to your breakeven point,” Bianco said. “And so you’d be better off just letting this process unfold over time, and then when it seems like it’s on the backside of it, it rallies again, to jump back in. But we’re not on the backside of that yet.”

“I already own some of the big ones — Apple, AMD, Salesforce, Nvidia — but we were trimming them on the way up and I’m not dying to buy any of these names just yet,” Mark Tepper, the president and CEO of Strategic Wealth Partners, told CNBC’s “Trading Nation” on Tuesday. “I don’t want to put any more new cash into any of them right now because I do think this correction has further to go.”
But Shannon Sacoccia, Boston Private Wealth chief investment officer feels that Apple and the FAANGs are not as overbought as everyone believes.
“To be honest if you look at this upcoming replacement cycle plus the growth they have in services anything about the ubiquitous name that Apple is in our day-to-day lives, you know I think weakness is a buying opportunity. I mean not for the next six months. But over the next five years it’s hard to think of a consumer brand that you want to have exposure to, especially given that I think this selloff is a little early given you know the cyclicality of their business,” said Saccocia on CNBC.
“I think it’s less about this particular stock and more about the broader technology conversation,” Sacoccia further explained. “This [Apple] is such the bellwether of the FAANGs. And you know I do think there could be some pressure as investors find other opportunities in the market from a valuation perspective. But I’ve grown a bit weary with this argument that these tech valuations are so outsized. The FAANGs are actually not that expensive if like you look at where they could be given the fundamental tailwind that they’ve enjoyed during Covid,” she explained.