You are at:Home»Equity ETFs»Investors Funneling Billions of Dollars into Emerging Market ETFs 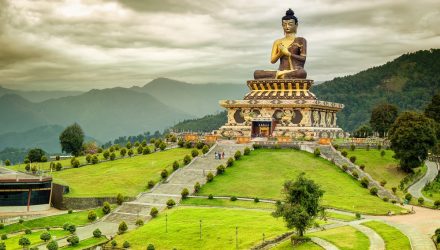 While world markets stumbled this year, investors have been betting on a rebound in the developing economies, funneling billions of dollars into emerging market-related ETFs.

U.S.-listed ETFs that track developing countries, along with targeted country-specific ETFs, attracted $1.28 billion for the week ended November 23, marking their sixth consecutive week of inflows, and experienced total inflows of around $20.5 billion for the year, Bloomberg reports.

For example, the iShares Core MSCI Emerging Markets ETF (NYSEArca: IEMG) was among the most popular ETF plays over the past week, bringing in $701 million in net inflows, according to XTF data.

The turnaround on emerging market sentiment is a stark contrast to the over $10 billion in redemptions the emerging market ETFs experienced in the first half of the year after the steep sell-off from the initial trade war fears.

Money managers from Aberdeen Standard Investments, Schroders Plc, Goldman Sachs Asset Management, BlackRock Inc. and Morgan Stanley, which announced a “double upgrade” to emerging-market stocks, began to overweight the emerging markets after a hint that the Federal Reserve could pause on rate hikes next year due to a slowdown in growth.