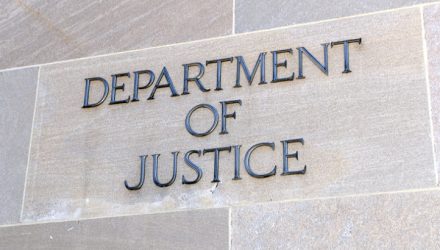 Investing Against All Eyes on Comey, UK Election

All eyes were focused on two events last week—the testimony of former FBI Director James Comey to the Senate Intelligence Committee, and the general election in the United Kingdom.

The U.S. equity markets were calm, until Friday. Although the S&P 500 as a whole was down just 0.1% for the day, a large rotation in leadership was taking place underneath the surface. Technology stocks, which had been leading the market higher for the year, sold off aggressively. As a result, the tech-heavy Nasdaq 100 index ended the day down 2.4% on high volume.

The rotation out of technology and into value-oriented market sectors was swift and felt like the liquidation of crowded positioning. However, it is unclear if there will be follow-through going forward.

Meanwhile, financial services—especially banks—outperformed due to the possibility that Dodd-Frank legislation could be repealed. (We believe repeal is unlikely, however.)

Overseas, Asian markets outperformed, with China and Japan leading the way on strong economic data. Developed European markets struggled, however, on investors’ concerns leading up to UK elections and the European Central Bank’s decision on monetary policy. In the end, no single political party claimed a majority in the UK parliament, while the ECB opted to leave interest rates unchanged.

In the fixed-income markets, emerging market bonds led the way on strong economic data. In the U.S., municipal bonds were the top performers for the week, driven by expectations that possible changes to the tax code that could diminish their advantages will not occur in the near term. Equity-oriented fixed-income securities—such as high yield bonds, bank loans and preferred stocks—struggled for the week as high-yield credit spreads widened.

Most asset classes were flat to negative for the week. U.S. equities held up better than foreign stocks, with growth underperforming value. Weakness in oil, driven by higher than expected inventories of crude oil, put pressure on the energy sector. Among foreign stocks, emerging markets outperformed developed markets.

Meanwhile, bonds were down modestly for the week, with little new information to drive yields or prices strongly in either direction.

Volatility remained low last week, even as former FBI Director Comey testified to Congress and UK voters went to the polls. The CBOE Volatility Index (VIX) dipped below 10, while other readings of cross-asset expected volatility also declined. This week, we expect that the Federal Reserve Board at its press conference on Wednesday will provide further clarity on its plan for reducing its balance sheet—something we do not believe will have a material impact on either equity or fixed-income markets.

As markets remain relatively flat and volatility falls, it is important to remember that the goal of the Real Spend portfolios is to support regular income distributions over long retirement horizons. Because Real Spend is not an absolute return strategy, it does not require strong bull markets to pursue this goal.

The spending reserve across all Real Spend portfolios are at maximum capacity, containing three years’ worth of distributions in assets that have historically proven stable in most types of market environments. These assets provide the liquidity needed to support near-term distributions as well as large cash-flow shocks for investors requiring sizable distributions from their portfolios.