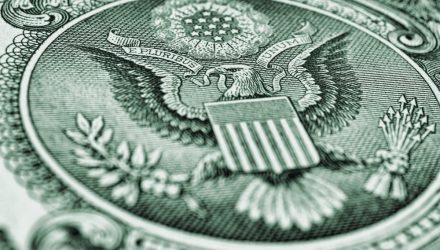 U.S. Treasury yields rose Friday after the Labor Department posted that wholesale prices went up in November. The producer price index, which measures how much companies pay for their products in the pipeline, went up 0.3% for the month and 7.4% from a year ago.

With this new data, it’s likely that the Federal Reserve will raise interest rates again, though most likely by 0.5%. The Fed has implemented four consecutive 75 basis point rate hikes to curb persistently high inflation.

The more closely watched consumer price index, a key inflation indicator, is due out on Tuesday. The Fed is scheduled to conclude its meeting and announce what it plans to do with interest rates the following day.

With inflation still going strong and the Fed expected to continue raising interest rates, investors think the likelihood of a recession is growing. And with Treasury yields on the rise, fixed income investors may want a more precise, lower-cost way to get exposure to U.S. Treasury Securities. That’s where BondBloxx Investment Management can help.