You are at:Home»Innovative ETFs Channel»Why the Lyft IPO Blew a Tire 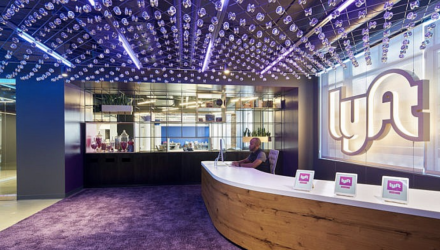 Why the Lyft IPO Blew a Tire

By Alan Brett and Matt Moscardi via Iris.xyz

A week into the highly publicized and discussed initial public offering for Lyft Inc., the ride-sharing company, and it’s hard to say it went exactly as planned. After closing at more than $78 per share on the day of the IPO, shares dropped as much as 20% in intraday trading by Friday, April 5. To make matters worse, an estimated 28% of the company’s shares have been lent for short selling as of April 4, according to IHS Markit.1 That level is on par with Tesla, which, as of Aug. 10, 2018, had a utilization rate exceeding 80% — one of the highest rates of any company in the U.S. large-cap universe.2

While it’s hard to know exactly why Lyft had such a tumultuous first week, one theory is worth positing: Are investors in the class-A shares waking up to the fact that they have only half of the company’s voting rights, while providing 95% of the company’s total raised capital?3

This imbalance is something that investors may want to start paying attention to.

For an investor, corporate governance can be viewed as a way of addressing the problems created by the principal-agent relationship, in which the agent (in this case, company management) has the power to make decisions on behalf of, or impacting, the principal (in this case, the investor). Usually, investors demand governance systems to ensure management acts in their best interest, whether through transparency, accountability or incentive structures. For an investor in Lyft, the calculus is a bit different, by nature of the dual-class structure. Dual-class structures often lower investors’ influence relative to their economic exposure. So investors in Lyft, even if the company employs typical governance systems, aren’t just taking agency risk; they’re taking principal risk, too.