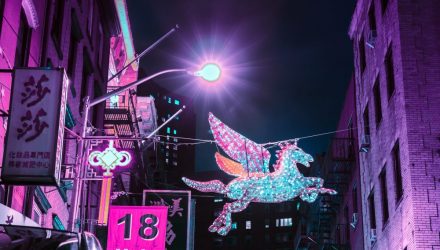 Visualizing the Unicorn Landscape in 2019

By Visual Capitalist via Iris.xyz 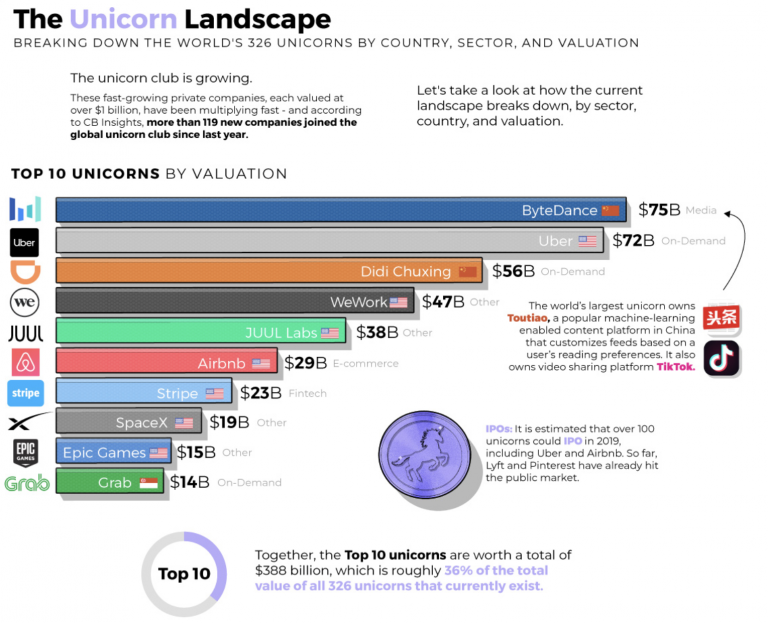 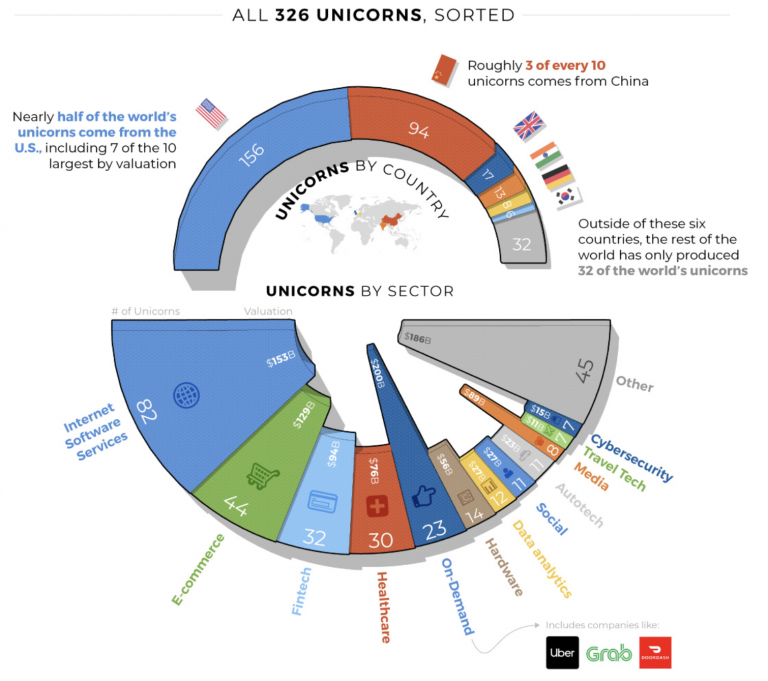 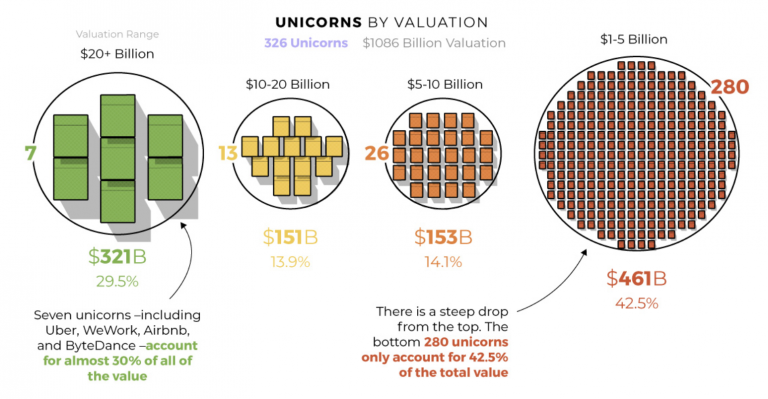 It was only six years ago that venture capitalist Aileen Lee coined the term “unicorn” to describe any privately-held startup worth $1 billion or more.

At the time, such valuations were so rare that they deserved a special name – but since then, it’s fair to say that the landscape has shifted dramatically. The startup boom intensified, and capital flowed into private companies at an unprecedented pace.

Related: Is There Any Reason to Give WeWork’s IPO a Lofty Tech Multiple?

In recent times, unicorns have multiplied more like rabbits, and investors have propped up the combined value of the world’s 326 unicorns to the tune of $1.1 trillion.

Breaking down the World’s 326 Unicorns

Today’s chart uses data from the Unicorn Tracker created by CB Insights, and it breaks down the unicorn landscape by sector, valuation, and country.

ByteDance is the world’s largest unicorn at a $75 billion valuation. The company owns Toutiao, a popular machine-learning enabled content platform in China that customizes feeds based on a user’s reading preferences. It also owns video sharing platform Tik Tok.

Experts are estimating that over 100 unicorns could IPO in 2019, including Uber and Airbnb from the above list.

So far this year, Lyft and Pinterest have already hit the public market – and another recent unicorn to IPO was conferencing platform Zoom Video, which has seen shares increase 120% in price since its impressive mid-April debut.