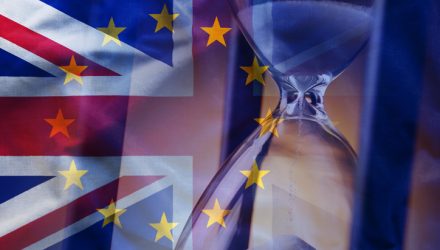 U.S. markets and stock ETFs were slightly higher after giving up earlier gains fueled by strong earnings and a preliminary Brexit deal with the European Union

Over a tenth of S&P 500 companies have come out with third quarter results so far, and the numbers have been mostly better-than-expected, supporting confidence in the equity market a day after poor retail sales data raised concerns over a slowing economy, the Wall Street Journal reports.

Global sentiment also improved after the United Kingdom and the European Union reached a tentative agreement on a new Brexit deal. However, concerns over U.K. lawmakers’ support over the deal tempered expectations.

“It seems as if the Brexit deal is being viewed as a modest positive by investors but along with the tentative U.S.-China trade deal, the devil is in the details,” Michael Geraghty, equity strategist at Cornerstone Capital Group, told Reuters. “From where we are right now investors are viewing the glass as half full.”

British Prime Minister Boris Johnson said “we have a great new Brexit deal”, but he still faces a tough vote in parliament on Saturday, Reuters reports.

“There is still a huge amount of uncertainty, there is the question of whether the prime minister can get any deal through Parliament,” William Dinning, head of investment strategy and communications at Waverton Investment Management, told the WSJ. “The next thing that opens up is the likelihood of a general election. And I am of the view that sterling will come under pressure again in an election campaign.

White House economic adviser Larry Kudlow also said that they will be finalizing the initial phase of a U.S.-China trade deal outlined last week. The deal may be signed at the APEC forum next month.