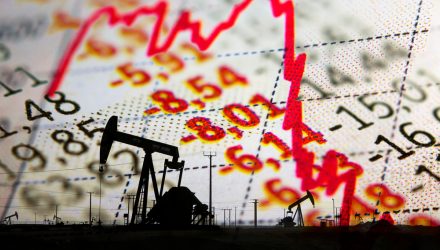 U.S. markets and stock exchange traded funds retreat as the record sell-off in crude oil and weak outlook further added to fears that we are in for a longer-than-expected economic slump.

The plunge in oil markets continued with Brent crude suffering the brunt of the hit on Tuesday, a day after U.S. West Texas Intermediate oil futures dipped below zero for the first time ever, as a sharp decline in global economic activity cut demand for raw materials.

“The oil industry’s got a huge challenge. There’s just too much supply and an anticipation that storage will reach capacity,” Justin Onuekwusi, head of retail multi-asset funds at Legal & General Investment Management, told the Wall Street Journal. “What’s clear is you’re going to see increased volatility in the oil price going forward.”

The collapse in oil prices also fueled further concerns over risk assets as investors took a second look at the extent of the economic damage from the broad lockdown measures that have halted everyday life and triggered millions in layoffs.

“When are countries and states going to reopen their economies, and what does that even mean? I’d expect us to see choppy days like this until we get some visibility and figure this out, but that’s going to be a while,” Joe Saluzzi, co-manager of trading at Themis Trading, told Reuters.

U.S. jobless claims surged to 22 million over the past month as companies tightened their belts to ride out the economic slowdown. Upcoming economic data, such as the U.S. business activity surveys, are expected to provide a clearer picture of the economic damage that is likely to reflect recession-era lows.

Consequently, more investors are anticipating a volatile period ahead instead of a quick turn around.

“A reason why the market was pricing in such a V-shaped recovery was because of this unparalleled stimulus we saw,” Onuekwusi added. “If you see a W-shaped profile, it’s natural you get uncertainty around the future path of economic growth and that now is becoming a reality to markets.”