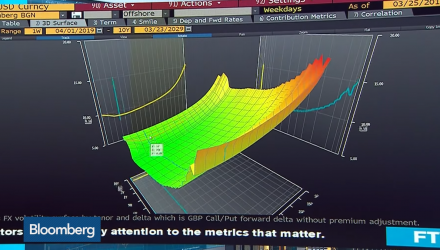 In the video below, Elsa Lignos, global head of FX strategy at RBC, and Ben Ritchie, deputy head of European equities at Aberdeen Standard Investments, examine economic signals from gilts and the U.S. yield curve inversion. They speak on “Bloomberg Surveillance.”