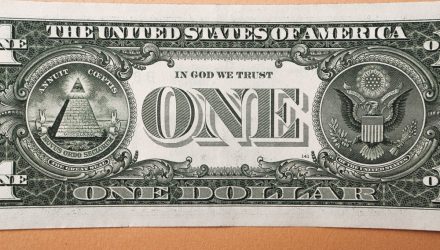 U.S. Dollar ETFs Are Having a Great Run in Face of Global Demand for Safety

The U.S. dollar and currency-related exchange traded funds have outperformed in 2022 as global investors turned to the relative safety of the greenback in a troubling year.

“The dollar has assumed the role of the global stagflation hedge with dollar cash being one of the few financial assets offering returns,” Deutsche Bank currency strategist George Saravelos said in a note to clients, referring to the phenomenon that occurs when slow growth combines with rising inflation.

The WSJ Dollar Index, which tracks the U.S. dollar’s move against a basket of 16 currencies, gained 3% so far this month and was up about 12% over the past year.

While the Swiss franc and Japanese yen have also traditionally acted as havens for financial markets during periods of distress, the Bank of Japan has maintained its ultra-low interest rate policy and the Swiss National Bank has mostly remained on the sidelines with a surprise rate hike only just last week.

Asset managers warned that the USD is overvalued at current levels, but they don’t see many other alternatives given the current global asset moves and central bank policies, even in the face of a potential recession in the U.S.

“In real terms, with high inflation, you would expect the dollar to depreciate in the long run—that is what the theory says — but the picture is tricky,” Ugo Lancioni, head of global currency management at Neuberger Berman, told the WSJ, projecting the dollar to weaken once global growth concerns abate and geopolitical tensions, such as the war between Russia and Ukraine, cool.